On this day in 2011, India beat Sri Lanka in the final at the Wankhede Stadium in Mumbai to win the World Cup. 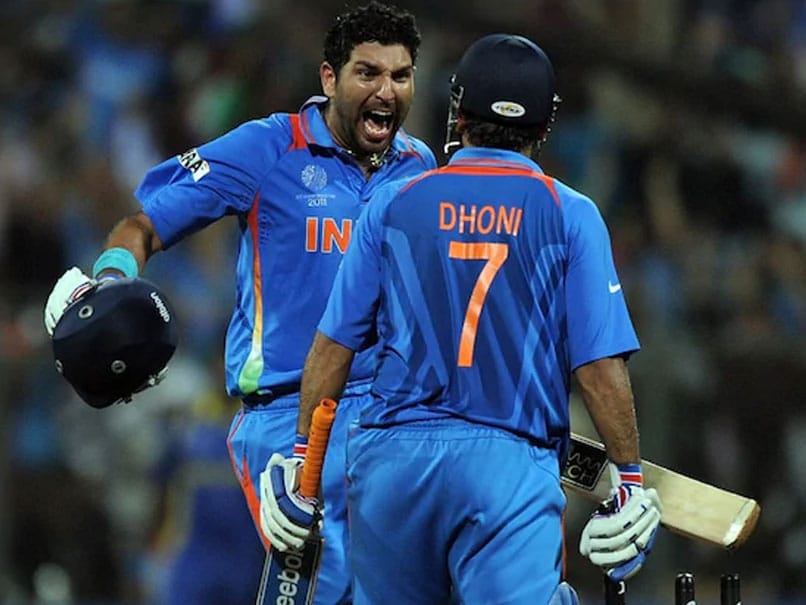 On this day in 2011, India won the World Cup on home soil to send the entire country into euphoria. India had previously lifted the prized trophy in 1983 and had to wait a long time before doing it again. Led by MS Dhoni, India registered their second ODI title triumph by beating Sri Lanka in the final at the Wankhede Stadium in Mumbai on April 2, 2011. That day will be remembered for many a magical moments -- Gautam Gambhir's brilliant knock, Dhoni's iconic six, Sachin Tendulkar being carried around the ground by his teammates, to name a few.

The International Cricket Council (ICC) shared a snippet of some of the highlights from the thrilling final on its Twitter handle.

A brilliant ton from Jayawardene sets up the game
India stumble before Gambhir steps up
The @cricketworldcup 2011 Final was an absolute classic.

Sri Lanka had set India a stiff target with Mahela Jayawardene's unbeaten century propelling them to 274 for six. Thisara Perera's late blitz of 22 off 9 balls had given the Lankans the momentum going into India's chase.

India got off to the worst possible start with Virender Sehwag sent back to pavilion on the second ball. His opening partner Sachin Tendulkar didn't stick around too long either, as he was dismissed in the 7th over to put India on the backfoot.

But an 83-run partnership between Gautam Gambhir and Virat Kohli steadied India and brought them back into the contest.

After Kohli's dismissal, Dhoni promoted himself and with Gambhir forged a 109-run stand to take India put India within touching distance. Gambhir fell three short of a deserved century and in walked the Player of the World Cup -- Yuvraj Singh.

The stylish left-hander, along with skipper Dhoni, got India over the line with 10 balls to spare with the latter remaining unbeaten on 91 off just 79 balls. Dhoni finished it off with a six off the bowling of Nuwan Kulasekara with Yuvraj enveloping his teammate in a hug in joyous scenes that will stay forever in the memories of the Indian fans.

Gautam Gambhir Cricket
Get the latest updates on SA vs IND 2021-22, check out the Schedule and Live Score . Like us on Facebook or follow us on Twitter for more sports updates. You can also download the NDTV Cricket app for Android or iOS.