This comes after Indian cricket captain Virat Kohli put forth a request before the Board of Control for Cricket in India (BCCI) to allow wives of players to extend their stay during overseas tours. 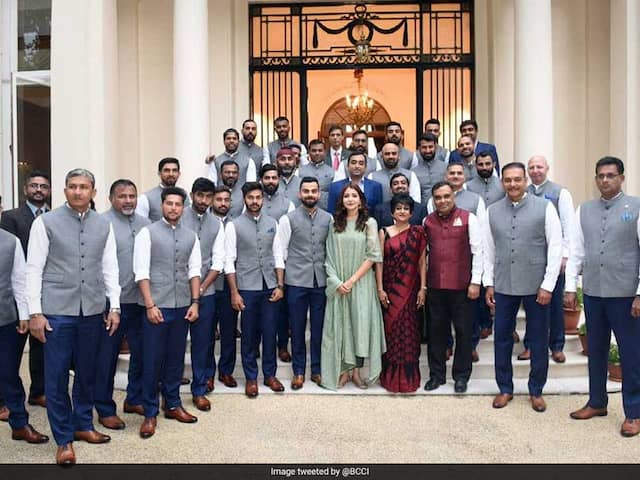 No decision will be taken in the near future regarding the request to allow wives of cricketers to stay for the entire duration of overseas tours, Committee of Administrators (CoA) sources said on Sunday. This comes after Indian cricket captain Virat Kohli put forth a request before the Board of Control for Cricket in India (BCCI) to allow wives of players to extend their stay during overseas tours. Reacting to the same, CoA sources told news agency ANI, "Yes he (Virat) had requested, but we are not going to take any decision soon. We have said that we will leave it to the new office bearers. The policy will not change now."

Earlier this year, the BCCI had announced that wives and girlfriends of cricketers will be allowed to stay with their partners for a duration of two weeks while the team is touring overseas.

Meanwhile, Kohli has been in supreme form with the bat. He brought up his 24th Test century in the first Test against the Windies. The Indian captain reached the magical three-figure mark on Day 2 of the opening Test between India and the Windies at the Saurashtra Cricket Association Stadium in Rajkot.

The Indian skipper also surpassed Australia's Steve Smith to go second in the list of centurions among active players, behind South Africa's Hashim Amla on 28.