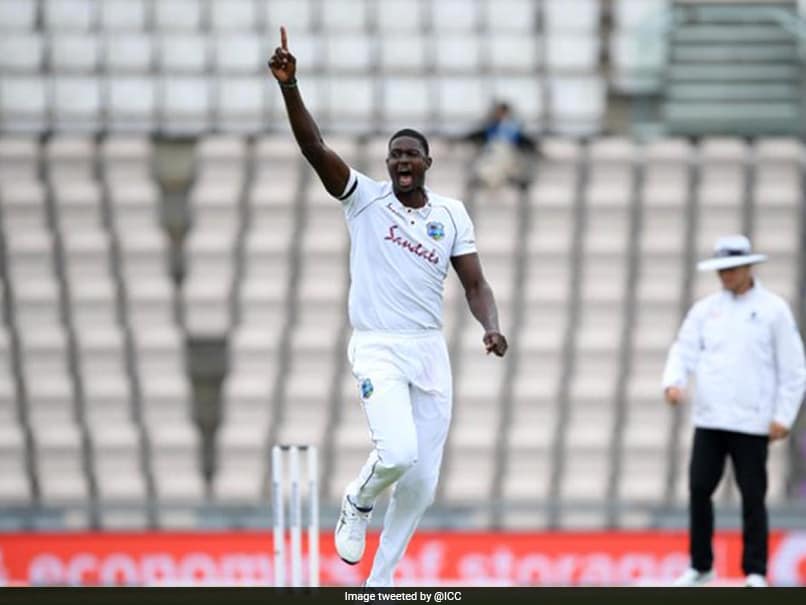 Jason Holder will be add some wickets to his tally in the second Test match against New Zealand.© Twitter

West Indies skipper Jason Holder has called on his batsmen to "look in the mirror" after his side suffered a innings and 134-run defeat at hands of New Zealand in the first Test at Seddon Park on Sunday. The Holder-led side was folded for 138 and 247 runs in the first and second innings respectively, that too when New Zealand had smashed 519 runs courtesy skipper Kane Williamson impeccable 251. After cleaning West Indies up for 138 in the first innings, New Zealand bowlers again wreaked havoc in the second innings leaving West Indies tottering at 89/6 in the 22nd over. "I think it's time we start delivering and stopped talking. We've talked a lot, we've promised a lot. I think it's a matter for us to all look ourselves in the mirror and understand that we've got to fight a little harder," ESPNcricinfo quoted Holder as saying.

"We're just probably throwing the towel in too easily, just being honest. We've just got to turn it around and only we can do it. We've had brilliant support from this management and staff, they've put everything in place. It's just for us to live up to it," he added.

The only silver lining in the otherwise dark clouds was the record partnership of 155 for the eighth wicket between Jermaine Blackwood and Alzarri Joseph.

The pair had counter-attacked on the third evening on Saturday and continued bravely on Sunday morning as they dragged the visitors from a near disaster at 89-6 at Seddon Park in Hamilton.

"Credit to Jermaine Blackwood and Alazarri Joseph to bring some respectability towards our batting, but quite frankly our top order just needs to stand up," said Holder.

With this win, New Zealand have taken a 1-0 lead in the two-match Test series. The second and final Test between the two sides begins December 11 at Wellington.

Jason Holder Cricket
Get the latest updates on ICC T20 Worldcup 2022, check out the Schedule and Live Score. Like us on Facebook or follow us on Twitter for more sports updates. You can also download the NDTV Cricket app for Android or iOS.