Kaherine Brunt had asked Nat Scivers out on the famous Lord's balcony after England's dramatic win over India to seal the 2017 Women's World Cup. 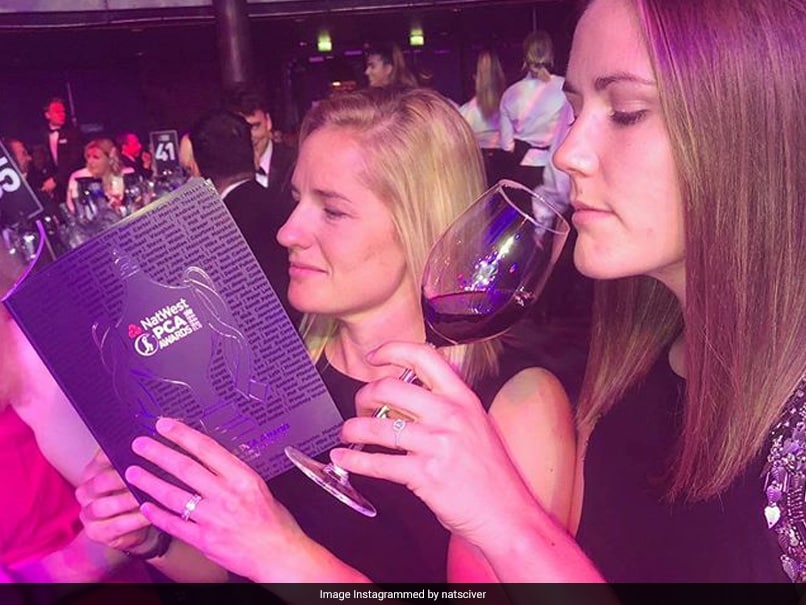 Nat Scivers and Katherine Brunt have been dating for over two years.© Instagram

England cricketers Nat Scivers and Katherine Brunt announced their engagement on Friday. "Welcome to our wine and magazine party," Scivers captioned a photo with her fiancee on Instagram with the hashtags "#ISaidYes #Mrs&Mrs #Bridesmaids". The two have been dating for just over two years now. Their relationship began as the pair probably reached the pinnacle of their cricketing careers. Brunt reportedly asked Sciver out on the famous Lord's balcony after England's dramatic win over India to seal the Women's World Cup in 2017.

"I knew it was right," Brunt recalled of that life-changing evening in July 2017. "I know there is nobody who is better for me. I had put it off but then I just asked her. I am s**t at remembering dates but I knew that I would never forget that one. Genius from me," she told The Guardian.

Welcome to our wine and magazine party #ISaidYes #Mrs&Mrs #Bridesmaids

Speaking about the challenges of living as an openly gay woman, Brunt said it was difficult coming out to her parents. "They are quite Christian so it is not something that is done and that's why it has held me back," she said.

"They don't believe in the way I choose to live my life, basically, so it has been quite difficult," the 34-year-old pacer said.

"Having to tell my parents was really difficult because I care a lot about them so it was something I put off for a long, long time," she added.

Fans on Instagram welcomed the news of their engagement with warmth and encouragement. "Aw how lovely. Huge congratulations," one user commented on Nat Sciver's photo.

Sciver and Brunt will become the third pair of teammates in the cricketing world to tie the knot. Amy Satterthwaite and Lea Tahuhu got married in 2017, while South Africa's Marizanne Kapp and Dane van Niekerk tied the knot in July last year.

England Women
Get the latest updates on IND vs NZ 2021, check out the Schedule and Live Score . Like us on Facebook or follow us on Twitter for more sports updates. You can also download the NDTV Cricket app for Android or iOS.