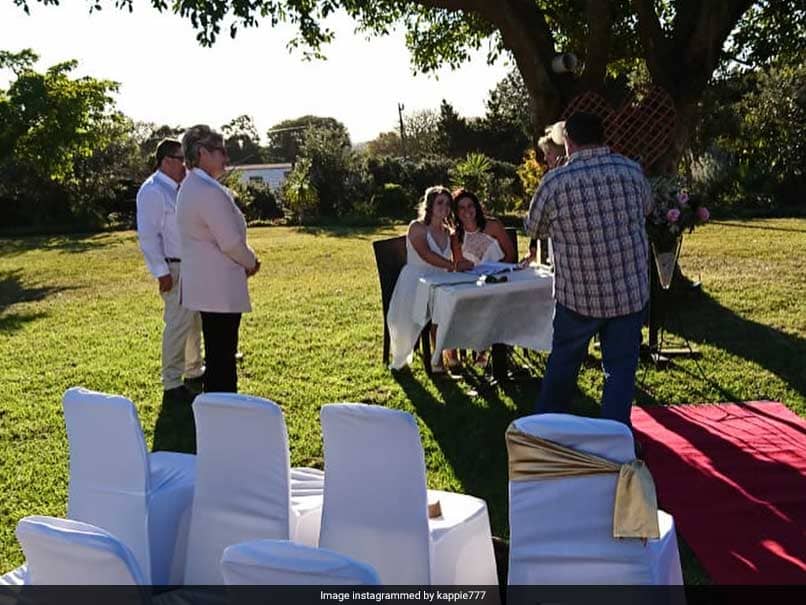 South African women's cricket team captain Dane van Niekerk tied the knot with her team's all-rounder Marizanne Kapp on Saturday. Kapp and Van Niekerk became the second women's cricket pair to get married after New Zealand's Amy Satterthwaite and Lea Tahuhu. Kapp made the news of their wedding public via an Instagram post. The 28-year-old took to Instagram and shared two images from the wedding. The South African captain posted the photo with a ring emoji.

On the other hand, South Africa captain Kapp has represented her country in 1 Test, 93 ODIs and 62 T20Is.

South Africa Women Dane Van Niekerk Marizanne Kapp Cricket
Get the latest updates on India vs England Series, India vs England , live score and IPL 2021 Auction . Like us on Facebook or follow us on Twitter for more sports updates. You can also download the NDTV Cricket app for Android or iOS.