MS Dhoni has been impressive in the ongoing IPL 2019, leading Chennai Super Kings from the front to top of the table and qualify for the playoffs. 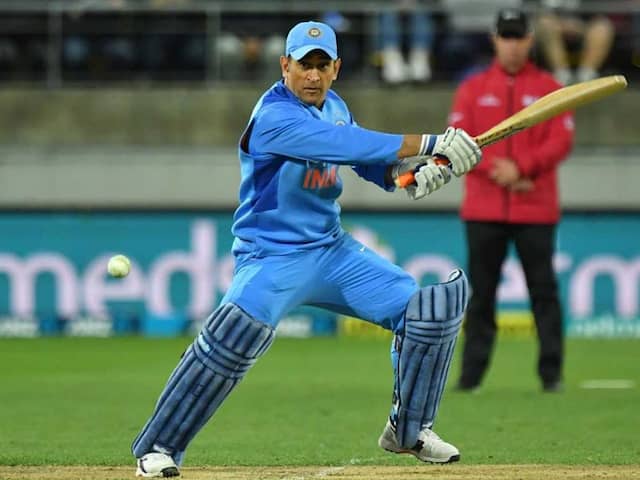 MS Dhoni, who led India to the T20 World Cup triumph in its inaugural edition in 2007, might make his seventh appearance in the shortest format cricket extravaganza in 2020, feels International Cricket Council and some of the fans. On Sunday, the ICC shared a tweet by ICC T20 World Cup's official handle, asking fans: "Do you wish to see fireworks from @msdhoni's willow at the 2020 T20 World Cup?" A majority of the fans replied "yes", while some went on to post memorable photos and videos of MS Dhoni in action.

Do you wish to see fireworks from @msdhoni's willow at the 2020 T20 World Cup? https://t.co/scukR5WLtK

The 37-year-old wicketkeeper-batsman appeared to be struggling with the bat in India's international  engagements last year. However, Dhoni displayed a promising show when India toured Australia and New Zealand. He scored a fifty-plus knocks thrice in a row as India clinched the three-match series 2-1 to register their first-ever bilateral ODI series win in Australia.

Dhoni has been impressive in the ongoing IPL 2019 as well, leading Chennai Super Kings from the front to top of the table and qualify for the playoffs.

Dhoni is the top run-scorer for CSK with 314 runs in 10 matches of the IPL 2019. He has scored three half-centuries in the season so far.

While some critics constantly try to write him off citing his age and fitness, fans of Dhoni don't hesitate to call him still the best in the business.

I wish to see him fire like INDIA 'S BRAHMOS MISSILE in world cup pic.twitter.com/PSQCSjm30p

Yes of course..
His presence in the field is always pleasant for the fans..

In IPL 2019, Dhoni missed a match on April 26 that CSK lost by 46 runs to Mumbai Indians. Earlier, they conceded a six-wicket defeat against SunRisers Hyderabad in the absence of Dhoni.

Talking about Dhoni's importance in a unit like CSK, coach Stephen Fleming, was quoted by ICC, saying: "He's a great player and a great leader, so whenever you take that out of your side ... and he's been a constant for us for so many years that you just get into the rhythms of having him there."

India Cricket Team IPL 2019 Cricket
Get the latest Cricket news, check out the India cricket schedule, Cricket live score . Like us on Facebook or follow us on Twitter for more sports updates. You can also download the NDTV Cricket app for Android or iOS.