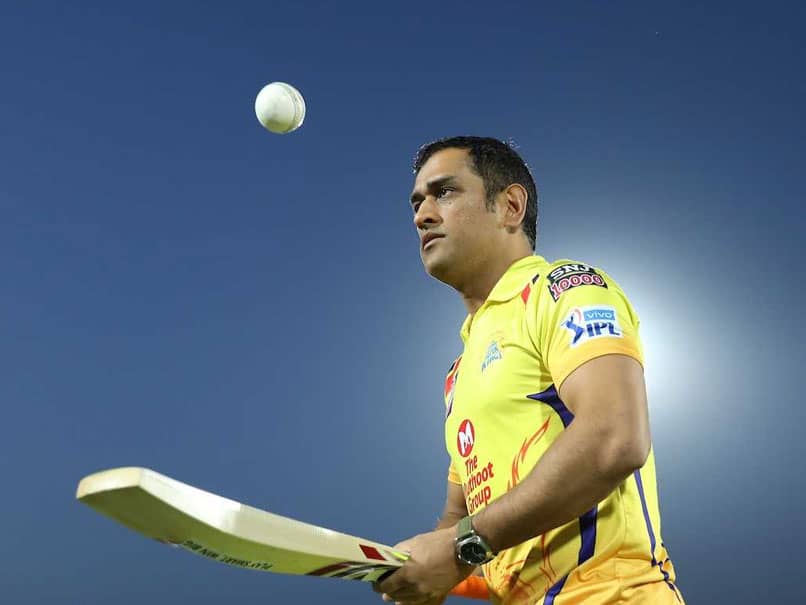 Stephen Fleming admitted that MS Dhoni's absence creates a void that is difficult to fill.© BCCI/IPL

MS Dhoni, the Chennai Super Kings (CSK) skipper, who missed the Indian Premier League (IPL) clash against Mumbai Indians due to fever on Friday, was sorely missed by the hosts as they were handed a 46-run defeat at Chepauk. Chasing 156, CSK were bundled out for 109 runs in 17.4 overs and head coach Stephen Fleming admitted that Dhoni's absence creates a void that is difficult to fill. "Dhoni is a great leader and a great player, so whenever you take him out of your side and he has been a constant for us for so many years, you just get into the rhythm of having him there. When you take a leader like that out, there are going to be some holes to fill and it's not that we are not trying to fill it, just that the hole is quite big," Fleming said at the post-match press conference.

In a previous encounter of IPL 2019 when Dhoni did not play due to a back spasm, CSK had suffered a thrashing against SunRisers Hyderabad (SRH).

Stand-in skipper Suresh Raina failed to inspire the team in the absence of Dhoni and their performance has been below par in the two matches the wicketkeeper-batsman could not play.

"The two games we played without Dhoni, the performances have been well below par. There is comfort when he is there, but he didn't bat in the last game. I think the players are good enough and have experience and that's the key when we have situations which don't go our way," said Fleming.

Mumbai Indians outplayed Chennai Super Kings for the second time in IPL 2019 and skipper Rohit Sharma also accepted that Dhoni's absence was a major boost for the visitors.

"It's a massive boost to any opposition if he's (Dhoni) not around. His presence does a lot for their team. When you don't have him when you're chasing, it becomes slightly difficult. They must have felt his absence. He was sick, uncontrollable," said Rohit Sharma at the post-match presentation.

After being put in to bat, Mumbai Indians scored 155/4 in their stipulated 20 overs.

MS Dhoni Stephen Fleming IPL 2019 Cricket Chennai Super Kings vs Mumbai Indians, Match 44
Get the latest updates on India vs Australia Series, check out the India vs Australia Schedule for 2020-21 and Ind vs Aus live score . Like us on Facebook or follow us on Twitter for more sports updates. You can also download the NDTV Cricket app for Android or iOS.