Krunal Pandya Had A "Special Sunday With Special Company". Guess Who 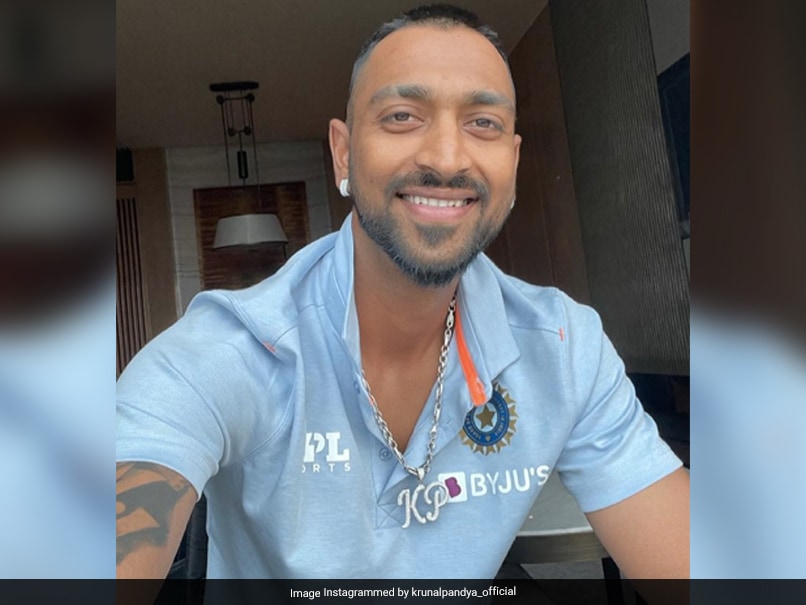 Krunal Pandya had some "special company" on a "Special Sunday" as he posted a picture on social media where he is seen with nephew Agastya and two dogs. "Special Sunday with special company," wrote Krunal in a post on Instagram. Agastya is Krunal's younger brother and India teammate Hardik Pandya and Hardik's partner Natasa Stankovic's son. Krunal has posted pictures with his baby nephew quite frequently on social media. In another post earlier this month, Agastya was seen resting on uncle Krunal's shoulders.

Krunal, who made his ODI debut in March against England, will most likely be seen on the field next when India tour Sri Lanka for ODIs and T20Is in July.

Neither Krunal nor Hardik are part of the Indian touring contingent for the World Test Championship final and England Tests from June through September in England.

Both Krunal and Hardik were seen in action for Mumbai Indians in the Indian Premier League (IPL) 2021.

Mumbai Indians stood fourth on the points table with eight points from seven matches before the league was postponed earlier this month after several COVID-19 cases were found across teams.

The younger Pandya, Hardik, has also been quite active on social media. In a recent Instagram post he was seen helping Agastya walk.

Mumbai Indians, too, recently posted a video where Hardik and Natasa were seen helping Agastya make a quick dash from his father's arms to his mother's.