Justin Langer has been named as Australia's new head coach, replacing Darren Lehmann, who resigned in the wake of the ball-tampering scandal. 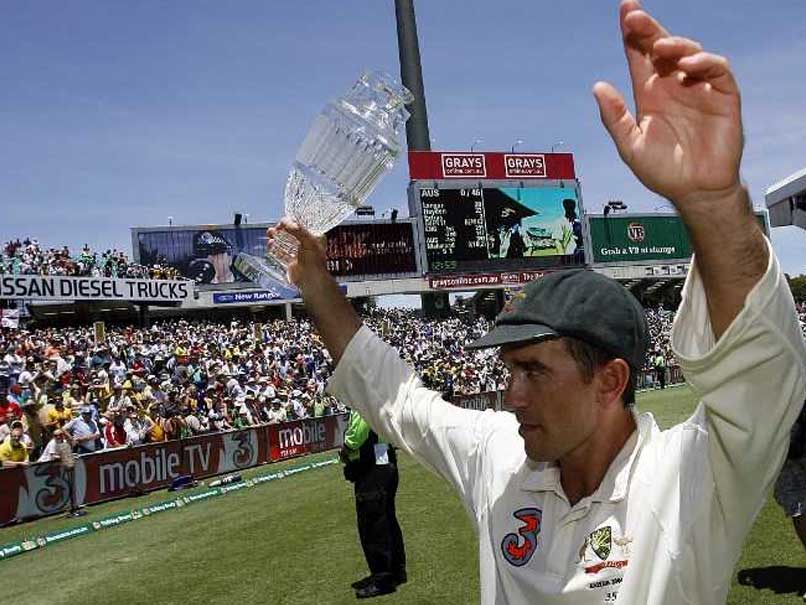 Cricket Australia on Thursday appointed former Test opener Justin Langer as the new coach of the national cricket team. He replaced Darren Lehmann who resigned in the wake of the ball-tampering scandal that rocked Australian cricket team in March. The 47-year-old Langer, who is currently in-charge of Western Australia and Perth Scorchers, has signed a four-year deal with Australian Board. "Langer will coach Australia in all three formats of the game and will commence in the role on 22 May, for a four-year term taking in two Ashes Series, a World Cup and World T20 tournament," Cricket Australia said in a release.

"I am very excited about the scope I now have to coach the country that supported me so much in my cricketing career," Langer said.

"There will be some significant challenges ahead for our group, but there is a wealth of talent in Australian cricket that I know will do us all proud," he added.

Langer played 105 Tests from 1993 to 2007, averaging 45.27 and amassing 7,696 runs, including 23 centuries. He has previously worked as Australia's batting coach and began a successful stint in charge of Western Australia in 2012.

We firmly believe Justin is the right person to lead this team and have huge confidence in what he will bring to the role," he added.

Langer played in a golden era for Australian cricket, with greats such as Shane Warne, Adam Gilchrist, Glenn McGrath and Ricky Ponting in the all-conquering team. But he was a late bloomer at the international level, struggling for selection until his career-defining opening partnership with Matthew Hayden began in 2001. The pair became one of the most prolific opening combinations in history, seeing off the new ball in 113 Tests for a combined 5,655 runs at an average of 51.58.

Langer has acknowledged that his early struggles left him feeling insecure about his place in the team and the public still perceive him as a player who became great through dogged graft rather than dazzling natural ability.

Cricket writer Gideon Haigh said his vulnerability helped players relate to him when he was appointed Western Australia coach.

"There is a sense in which he is on a journey parallel to his players, rather than simply standing at the destination waiting for them," Haigh wrote.

Comments
Topics mentioned in this article
Australia Cricket Team Darren Lehmann Justin Langer Cricket
Get the latest updates on IPL 2021, IPL Points Table , IPL Schedule 2021 , live score . Like us on Facebook or follow us on Twitter for more sports updates. You can also download the NDTV Cricket app for Android or iOS.