Jasprit Bumrah used a famous dialogue from popular web series Mirzapur 2, in his reply to a compliment from Axar Patel on his Instagram post. 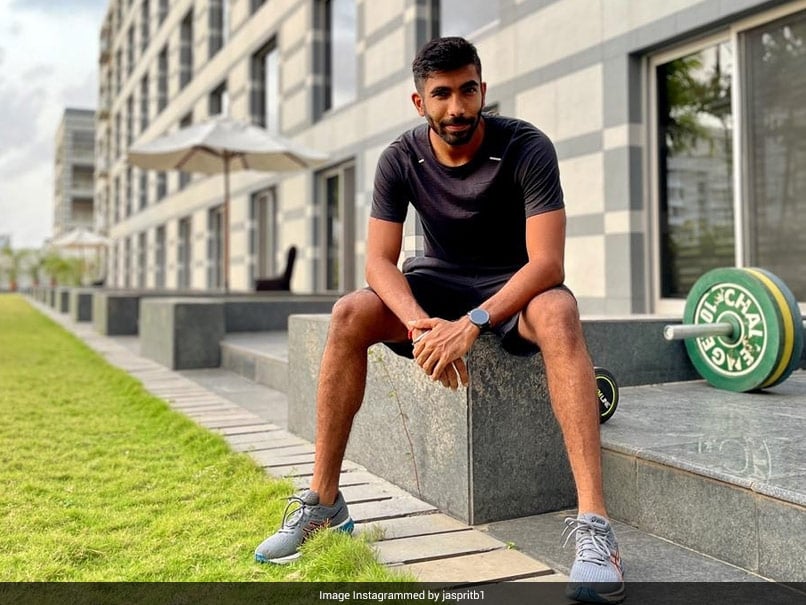 Currently preparing for the upcoming World Test Championship (WTC) final, Jasprit Bumrah took to Instagram to share a super cool photo of himself, which he captioned as, "Reset mode on" on Saturday. The pacer's post received plenty of love from his fans on the social media platform, and in particular from teammate Axar Patel. The Delhi Capitals (DC) cricketer is also part of the Indian squad for the WTC final, which will take place in Southampton, from June 18. The all-rounder complimented Bumrah's look and wrote, "Sahi hai".

Bumrah's response was a treat for fans, with many reacting with laughing emoticons.

After the WTC final, India will also face England in a five-match Test series.

Bumrah requires 17 more wickets to reach the landmark in Test cricket, and has played in 19 Test fixtures until now. The current record is held by Kapil Dev, who reached the milestone in 25 Tests.

Other than his 83 dismissals in 19 Test matches, his wickets came at an average of 22.10, which is simply sensational. He has also bagged five five-wicket hauls in Test cricket, and a four-wicket haul too!

India will be hoping to register a win against New Zealand, who are captained by Kane Williamson. Fans have been waiting for the fixture, considering New Zealand defeated Virat Kohli's side in the 2019 Cricket World Cup semi-final.

India would also want to avenge their 2-0 loss to New Zealand in 2020 when the Virat Kohli-led side lost both Test matches to end the tour on a losing note.

Axar Patel Cricket
Get the latest updates on ICC T20 Worldcup 2022 and CWG 2022 check out the Schedule, Live Score and Medals Tally. Like us on Facebook or follow us on Twitter for more sports updates. You can also download the NDTV Cricket app for Android or iOS.