The premier tournament will be played over 51 days at nine venues. 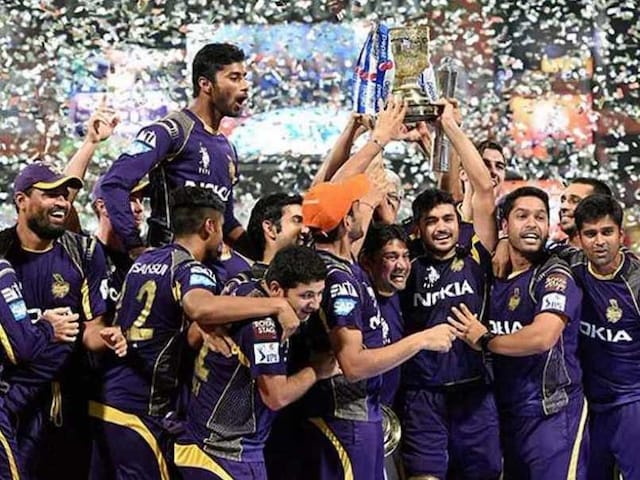 Pune to host Eliminator and Qualifier 2 in IPL 2018© AFP

The Indian Premier League (IPL) governing council on Tuesday allowed changes in the tournament schedule and confirmed Pune as the venue for the Eliminator and Qualifier 2 to be held on May 23 and 25 respectively. Also, the Kings XI Punjab will now play four matches in Indore and three at Mohali considering logistics issues pertaining to the home matches of the Punjab team.

Pune to host Eliminator and Qualifier 2.@lionsdenkxip to play their four home matches in Indore and three at Mohali.

"All IPL franchises are required to play four home matches at their designated home venue. An exception has been permitted this season owing to the closure of Chandigarh Airport due to expansion work for 20 days from 12th May to 31st May 2018 and also on all Sundays of April," the BCCI said in a release.

"As a result, the Delhi Daredevils' first home against Kings XI Punjab on 8th April will now be an away fixture," the release added.

The IPL thanked the Punjab Cricket Association for their understanding and cooperation, and their willingness to host one game less that has enabled in making the required changes.

Defending champions Mumbai Indians will host Chennai Super Kings in the IPL season 11 opener at the Wankhede Stadium on April 7. The 11th edition of the world's most popular and competitive T20 tournament will be played at nine venues across 51 days.

The upcoming edition will feature 12 matches that will be played at 4:00 PM IST and 48 matches will start at 8:00 PM IST.

The much-anticipated final will be played at Wankhede Stadium on Sunday, May 27, 2018.

Comments
Topics mentioned in this article
Kings XI Punjab Maharashtra Cricket Association Stadium, Pune Indian Premier League 2018 Cricket
Get the latest Cricket news, check out the India cricket schedule, Cricket live score . Like us on Facebook or follow us on Twitter for more sports updates. You can also download the NDTV Cricket app for Android or iOS.