Mitchell Starc joined Sydney Sixers for the upcoming edition of the Big Bash League and the Australian pacer soon received an offer from KXIP to feature in the IPL next season. 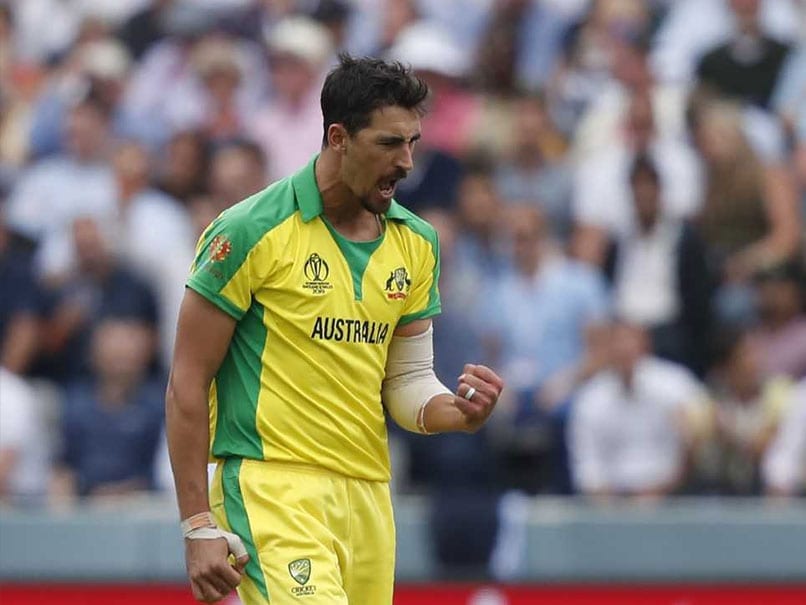 Australian fast bowler Mitchell Starcsigned up for Sydney Sixers for the upcoming Big Bash League. It will be the first time since BBL's fourth edition that Starc will return to the domestic T20 tournament in Australia. Cricket Australia took to Twitter to announce the signing by the defending champions. "For the first time since waaaay back in BBL|04, Mitchell Starc has signed on to join the Sydney Sixers for #BBL10," Cricket.com.au tweeted. On Tuesday, Wasim Jaffer, batting coach of the Indian Premier League franchise Kings XI Punjab, posted a meme on Twitter and offered Starc to join the Punjab-based franchise.

Jaffer used a dialogue from popular Hindi web series, Mirzapur to extend his offer to Starc to join KXIP.

Starc has only played in two IPL seasons in 2014 and 2015 and in both seasons, he played under Virat Kohli for the Royal Challengers Bangalore.

The Australian pacer since then has distanced himself from the lucrative T20 league.

His return in the BBL could be a sign that the left-arm pacer is eyeing a comeback in the domestic T20 leagues across the world.

For KXIP, IPL 2020 was nothing but a heart-breaking season. The KL Rahul-led side failed to get over the line in a few close games in this year's IPL and missed out on the playoffs.

KXIP finished the league stages of the 13th edition of the IPL with 14 points from 14 games with seven wins next to their name.

Their captain KL Rahul finished the league stages as the leading run-scorer with 670 runs from 14 games but his heroics with the bat weren't enough for KXIP to get them through to the playoffs.

Mitchell Starc Wasim Jaffer IPL 2020 Cricket
Get the latest updates on ICC T20 Worldcup 2022, check out the Schedule and Live Score. Like us on Facebook or follow us on Twitter for more sports updates. You can also download the NDTV Cricket app for Android or iOS.