Australia vs India: Rohit Sharma has been included in Test squad, while Virat Kohli will return to India on a paternity leave after the 1st Test. 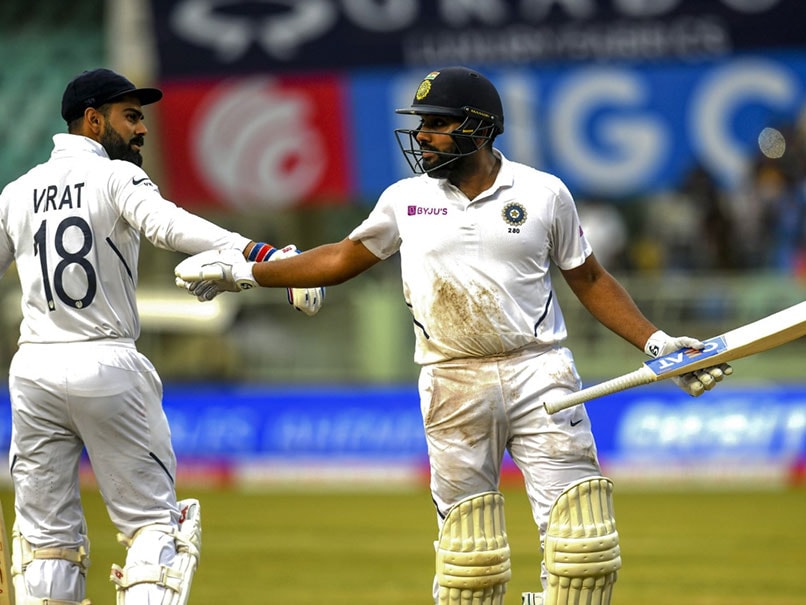 Rohit Sharma has been added to India's Test squad, while Virat Kohli will go on paternity leave.© AFP

India captain Virat Kohli will return to India from Australia after the first Test in the four-match series, the Board of Cricket Control in India (BCCI) said in a release on Monday. The Indian cricket board also confirmed that Rohit Sharma has been included in the Test squad, but will be rested for the One-day International (ODI) and T20 International (T20I) series Down Under. Kohli had intimated BCCI about his plans to return to India after the first Test in the selection committee meeting in October and has been granted paternity leave, the statement said. Kohli and his wife Anushka Sharma are expecting their first child in January next year.

Rohit Sharma was initially left out of all the squads when the teams for the tour of Australia were announced, due to a hamstring injury suffered during Indian Premier League (IPL) 2020.

However, the BCCI have been monitoring his fitness, and have cleared him to play the Test series.

"The BCCI Medical Team has been monitoring Rohit Sharma's fitness and has briefed All-India Senior Selection Committee on the same," the statement said.

"In consultation with Mr Sharma, it has been decided to rest him for the ODIs and T20Is in Australia to regain full fitness and he has been included in India's Test squad for the Border-Gavaskar Trophy," it concluded.

After missing four games during the IPL, Rohit Sharma returned to action for Mumbai Indians for their final league game and also played the Qualifier 1 match against Delhi Capitals, raising questions about his exclusion from the India squad.

He will lead MI in the final against DC on November 10.

Spinner Varun Chakravarthy, who was named in the T20I squad, will not be able to make the tour due to a shoulder injury, according to the release, with T Natarajan replacing him.

Sanju Samson has been added to the ODI squad as a back-up wicketkeeper.

A call on Wriddhiman Saha's fitness will be taken later, the statement said. Saha had sustained hamstring injuries while playing for SunRisers Hyderabad in the IPL.

Kamlesh Nagarkoti, who was slated to fly to Australia as a net bowler, will also not be going, as he has to work with the BCCI medical team on his bowling workload management.

India's tour of Australia will start with a three-match ODI series, beginning on November 27.

The ODI series will be followed by three T20Is, beginning on December 4.

The first Test will begin on December 17 and go on until December 21. The second Test is the Boxing Day Test.

The four-match series will conclude on January 19.