"It's Not Sustainable Lifestyle": Mitchell Starc Raises Concerns Over Players' Well-Being In Bio-Bubbles

Australia fast bowler Mitchell Starc has raised concerns over the mental well-being of players staying in a bio-bubble saying it is "not sustainable" to live in such restrictions for a prolonged period. 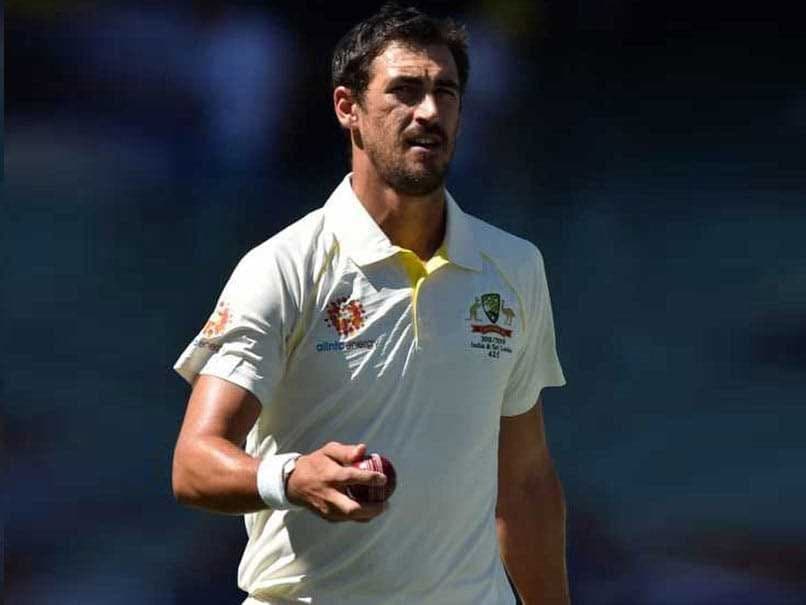 Mitchell Starc has raised concerns over the mental well-being of players staying in a bio-bubble.© AFP

Australian pace spearhead Mitchell Starchas become the latest cricketer to raise concerns over the mental well-being of players staying in a bio-bubble as he feels it is "not sustainable" to live in such restrictions for a prolonged period. In a world scarred by COVID-19 pandemic, cricket is currently being organised in bio-bubbles and the situation is unlikely to change anytime soon.

"It's not a sustainable lifestyle," Starc was quoted as saying by 'cricket.com.au'. "You're living in a hotel room with zero outside contact. Some guys haven't seen families or their kids for a long time, for those guys in the IPL."

While the cricketers competing in the IPL have been in a bio-secure bubble in UAE since August, many will have to enter another bio-secure arrangement when they represent their respective national teams in the upcoming events.

The Indian team will leave for its long tour Down Under after the IPL finalon Tuesday, along with few Australian cricketers such as Steve Smith, Pat Cummins, Josh Hazlewood and David Warner, who were part of various IPL franchises.

Among others, England players will be touring South Africa for a six white-ball matches in less than a fortnight after the IPL, while West Indies players have to depart for New Zealand for another assignment.

"It's tough going - we get to play cricket, (so) we can't complain too much - but in terms of wellbeing of players, staff and officials, how long can you stay in hubs for?," Starc questioned the model.

"That question remains to be answered... For those guys who have been in the IPL and have to turn around and do another IPL at the end of next summer (in April and May, 2021), they're earning their money."

India captain Virat Kohli had recently said that the "repetitive" nature of being in a bio-bubble can be mentally tough on cricketers and length of tours will have to be considered accordingly if playing in a protected environment becomes a norm.

England and West Indies skippers Eoin Morganand Jason Holder, who had also spent time in tight restrictions during the Test series in UK ahead of the IPL, too have warned that living in bubbles can led to "extreme burnouts".

"When you're stuck in situations like that, month after month, going from bubble to bubble, and if those restrictions remain the same or quite similar, it can be quite tiresome on the mind and body as well," said Starc.

"Not having that escape from day-to-day cricket certainly for myself to get that round of golf in or walk around is (difficult). That's important for people's wellbeing."

Virat Kohli and his men will be spending more than four months on the road with India playing three ODIs, three T20s and four Tests Down Under.

India will then return home but will have to get into another bio-bubble for the full series against England.

"... with guys with families and kids going hub to hub and bubble to bubble, you throw in some restrictions in terms of quarantine and then it makes it quite difficult."

Mitchell Starc Cricket
Get the latest updates on T20 World Cup, check out the T20 World Cup Schedule and Live Score . Like us on Facebook or follow us on Twitter for more sports updates. You can also download the NDTV Cricket app for Android or iOS.