India women lost the opening ODI by just one run as hosts West Indies took a 1-0 lead in the three-match series. 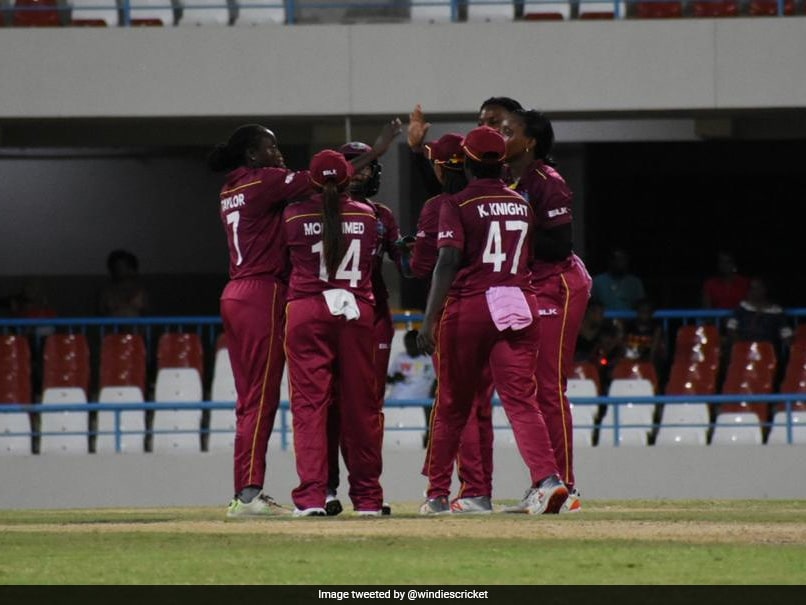 Despite a brilliant half-century from Priya Punia, the Indian women's cricket team failed to chase down 226 runs and fell agonisingly short in the first ICC Women's Championship ODI of the three-match series against the West Indies played at the Sir Vivian Richards Stadium. Electing to bat, the West Indies put up a fighting total of 225/7, thanks to a fine knock from skipper Stafanie Taylor (94) and a half-century from Natasa McLean (51). India were then bowled out for 224 on the final ball of the game, falling short of match West Indies' total by just one run.

India needed eight runs off the final over to win the game. But Anisa Mohammed, who picked up a five-wicket haul in the match, rose to the challenge, striking with the first and final deliveries of the over to hand a dramatic win to the hosts.

She dismissed Ekta Bisht and Poonam Yadav for golden ducks, and the experienced Jhulan Goswami was stranded on 14 not out.

Earlier in the day, the hosts got off to a solid start with McLean and Stacy-Ann King (12) putting on 51 runs for the opening wicket. McLean was particularly impressive, notching an 82-ball 51 for her second ODI fifty.

However, Deepti Sharma helped the Indian eves to make quick inroads thereafter and reduced the hosts to 51/2 in the 17th over. However, skipper Taylor went on to register her 11th score of 90 or more in ODIs to take the hosts to a fighting toal.

She smashed eight fours and two sixes in her knock. Her dismissal came on the final ball of the innings as Harmanpreet Kaur held on to a spectacular one-handed catch at long-on.

Chasing the total, Priya impressed once again, top-scoring for the visitors with a 107-ball 75 and provided a solid foundation to the team alongside Jemimah Rodrigues.

During the opening stand of 78, India seemed on track on their chase. However, the Windies skipper stepped up again, dismissing Rodrigues for 41 in the 22nd over, and provided the hosts with a much-needed breakthrough.

Punam Raut and skipper Mithali Raj kept the scoreboard ticking, and by the time India had lost their skipper in the 42nd over, they were firmly in control at 176/4. However, the West Indies fought back once again, reducing India to 195/6 with five overs to go.

Deepti Sharma did try to bring India back into the match with a 22-ball 19, but Anisa struck in the 48th over to dismiss the all-rounder. Taylor removed Shikha Pandey, before Anisa completed a thrilling victory by picking up the wicket of Poonam on the final ball of the game.

The two teams will now lock horns on Sunday at the same venue.

West Indies Women Mithali Raj Stafanie Taylor Cricket
Get the latest updates on India vs South Africa and check out  Schedule, Results and Live Score. Like us on Facebook or follow us on Twitter for more sports updates. You can also download the NDTV Cricket app for Android or iOS.