Harmanpreet Kaur is the only Indian to make 100 T20I appearances, ahead of the likes of MS Dhoni and Rohit Sharma, who have played 98 T20Is each 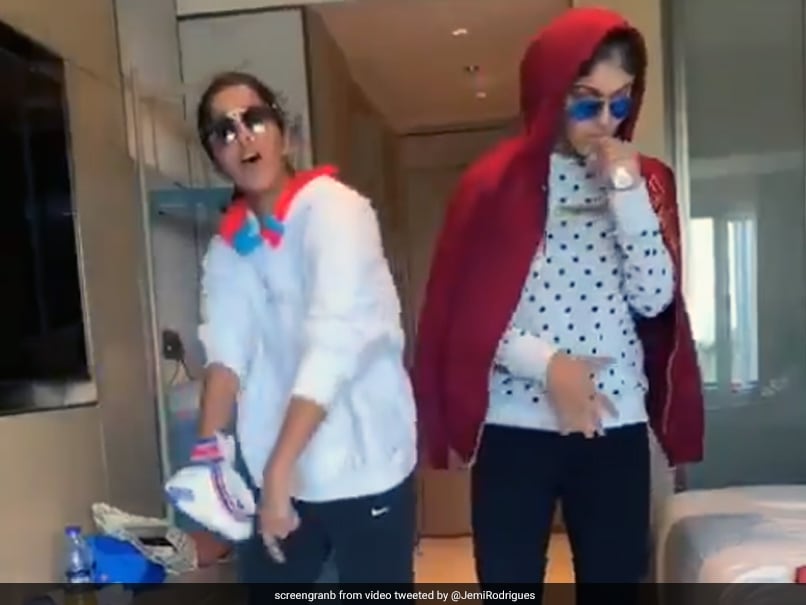 Indian cricketer Jemimah Rodrigues tweeted a video of her and teammate Harleen Deol performing a special rap song that they penned for T20I captain Harmanpreet Kaur. The song was a tribute to Harmanpreet Kaur after she received her 100th T20I cap. "Congratulations on your 100th T20i cap," Jemimah captioned her video on Twitter. "Here's a small tribute for you from Big Harry ft. Lil' J," she added. The two looked the part in the video as well, with Jemimah Rodrigues wearing a white baggy sweatshirt, a pair of shades and a glove on one hand and Harleen Deol wearing a hoodie over her shoulders with the hood up.

Harleen Deol starts off the rap in Hindi saying "Her name is followed by 'Kaur', people call her Thor." Jemimah chimes in with the refrain of "Kaur, Kaur" as Harleen resumes the rap.

"She is the pride of Punjabis, this girl is Shaktimaan," Harleen continues, referring to the popular Indian superhero.

You can watch the full performance here:

"Thank you little ones," Harmanpreet Kaur tweeted in response to the video. "It indeed is a pleasure to have you all do this for me," she wrote.

Harmanpreet Kaur played her 100th T20I on Friday, when India took on South Africa in Surat in the sixth match of the just-concluded bilateral series.

She became the only Indian to make 100 appearances for the country in the shortest format of the game, ahead of the likes of MS Dhoni and Rohit Sharma, who have played 98 T20Is each.

India Women Cricket
Get the latest updates on IPL Auction 2023 and check out  IPL 2023 and Live Cricket Score. Like us on Facebook or follow us on Twitter for more sports updates. You can also download the NDTV Cricket app for Android or iOS.