Ekta Bisht, Deepti Sharma and Rajeshwari Gayakwad starred with the ball as India Women bowled South Africa Women out for 140. 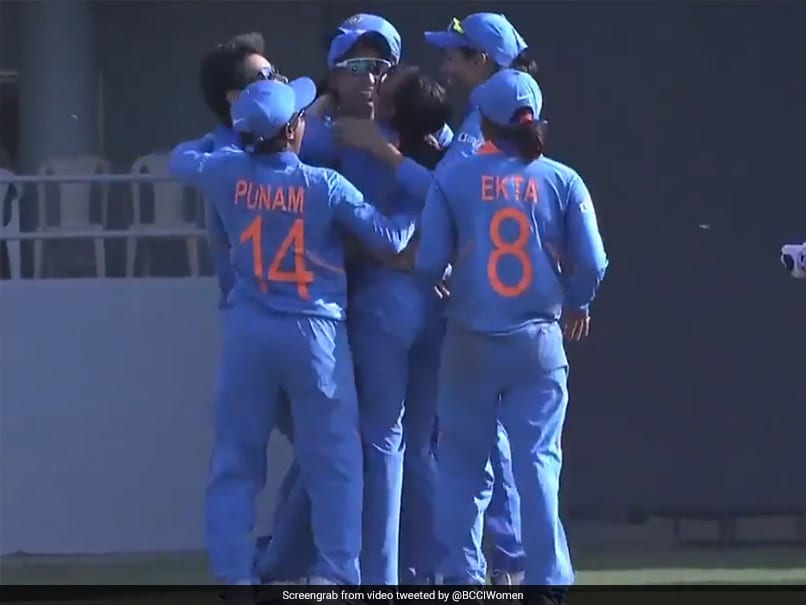 India Women won the match by six runs thanks to a great performance by the bowlers.© Twitter

Indian bowlers, particularly the spinners, on Monday came out with a stupendous bowling performance as the Women in Blue defeated South Africa in a low-scoring thriller and clinched the three-match ODI series 3-0. After managing just 146 runs in their first innings, the Indian eves rode on brilliant bowling performances from Ekta Bisht, Deepti Sharma and Rajeshwari Gayakwad to bowl out South Africa women for 140 and win the match by six runs at the Reliance Stadium in Gujarat's Vadodara.

Chasing 147, the visitors kept losing wickets at regular intervals and were never allowed to bat freely by the Indian bowlers.

Apart from Marizanne Kapp (29), captain Sune Luus (24) and Laura Wolvaardt (23), none of the other batters contributed much and as a result, the Proteas women failed to register the consolatory win, which at the mid-way mark of the match, seemed probable.

Ekta, who was adjudged the Player of the Match, was the pick of the Indian bowlers as she scalped three wickets, giving away just 32 runs from her 10 overs. She was well supported by Deepti and Rajeshwari who picked up two wickets each.

Harmanpreet Kaur and Jemimah Rodrigues, known for their batting skills, also contributed to India's winning cause with the ball and chipped in with a wicket each.

Earlier, winning the toss and electing to bat, India didn't have a great start as they lost both the openers in the first two overs. Skipper Mithali Raj did try to steady the ship along with Poonam Raut. However, they both fell quickly after contributing 11 and 15 respectively.

Harmanpreet, who came in next, however, kept batting from one end and played a crucial knock of 38 runs which came off 76 balls. Apart from her, Shikha Pandey contributed 35 valuable runs down the order and helped the team reach near the 150 mark.

India had won the first two matches by eight and six wickets respectively.

South Africa Women Cricket
Get the latest updates on Fifa Worldcup 2022 and check out  Fifa World Cup Schedule, Stats and Live Cricket Score. Like us on Facebook or follow us on Twitter for more sports updates. You can also download the NDTV Cricket app for Android or iOS.