T Natarajan got his maiden national team call-up and SunRisers Hyderabad captain David Warner was one of the first to congratulate him. 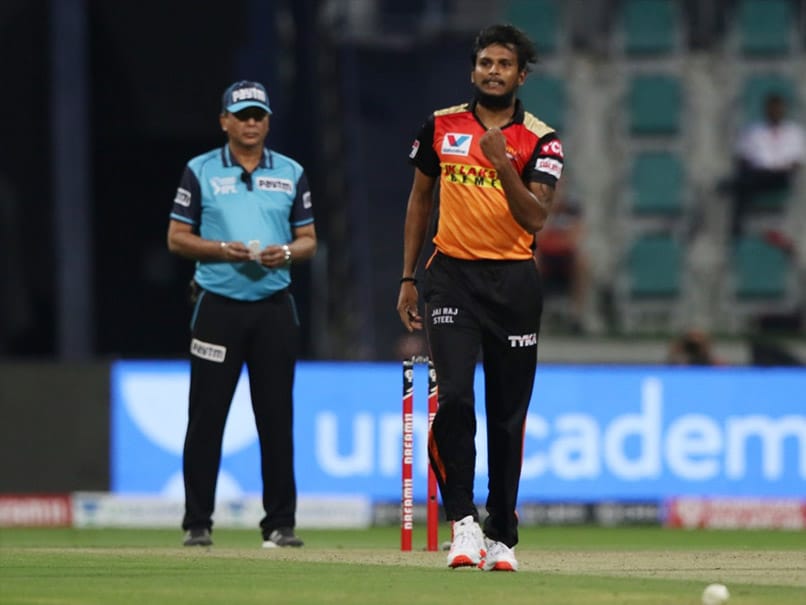 T Natarajan has been called up for India's T20I squad against Australia.© BCCI/IPL

SunRisers Hyderabad captain David Warner congratulated his teammate T Natarajan on his call-up to the national side for India's tour of Australia. Natarajan was named as a replacement for injured spinner Varun Chakravarthy in India's T20I side for the three-match series in Australia. In a video shared by SunRisers Hyderabad, Warner shared his message for the team and fans, and concluded by congratulating the left-arm yorker specialist on his maiden national call-up. "Congratulations Nattu, I'll see you in Australia," a smiling Warner said.

Watch Warner's message to the SRH team and fans here:

Natarajan became a key part of the SRH bowling attack and took 16 wickets in Indian Premier League (IPL) 2020. His ability to bowl yorkers almost at will made him a lethal weapon at the death for SRH.

SRH made it to Qualifier 2 in IPL 2020, before being knocked out by Delhi Capitals.

"We didn't start too well, but at the back end we got some really good momentum given that we had 4-5 injuries," Warner said.

"To finish off the way we did and to finish where we did, I am extremely proud of the guys. Hopefully next year we can go one step further and make that final," he added, before thanking the franchise owners and support staff and his teammates.

After the IPL, India will travel to Australia where the two teams will face off in three ODIs, three T20Is and four Tests.

David Warner T Natarajan Varun Chakravarthy Cricket
Get the latest updates on Fifa Worldcup 2022 and check out  Fifa World Cup Schedule, Stats and Live Cricket Score. Like us on Facebook or follow us on Twitter for more sports updates. You can also download the NDTV Cricket app for Android or iOS.