Varun Chakravarthy has been ruled out of India T20I squad for the tour of Australia due to a shoulder injury. Left-arm seamer T Natarajan has been named his replacement. 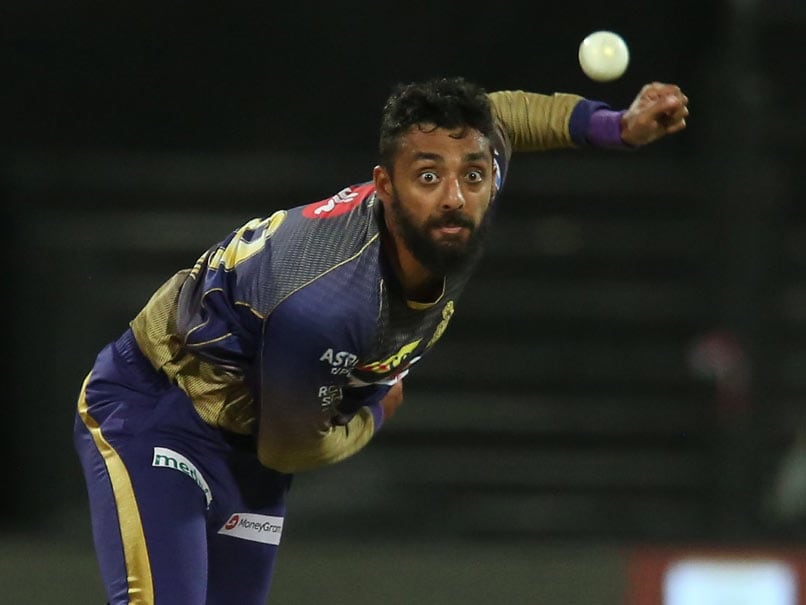 Varun Chakravarthy had earned his maiden call-up to the India T20I squad, but now will have to sit out.© BCCI/IPL

Varun Chakravarthy, the Tamil Nadu 'mystery' spinner, has been ruled out of India's T20 International squad for the tour of Australia in November-December due to a shoulder injury. Left-arm fast bowler T. Natarajan has been named as replacement. Chakravarthy earned his maiden India call-up on the back of his performances in the Indian Premier League (IPL) 2020 and domestic cricket when the squad for the tour was first named in October. However, the injury has for now put to rest his India ambitions and has come as a gain for Natarajan, who has impressed with his death bowling for SunRisers Hyderabad.

Natarajan picked up 16 wickets from 16 IPL matches this season even as SRH were knocked out of the tournament. He has accounted for wickets of Virat Kohli, his captain at India when he eventually makes his debut.

Overall, in T20s, Natarajan has 35 wickets from 38 T20s and first rose to fame through his performances in the Tamil Nadu Premier League in 2017.

Chakravarthy, who impressed with his 'mystery' spin for Kolkata Knight Riders in IPL 2020, has been dealt a blow after first making the India squad.

With little experience outside the ambit of the IPL, Chakravarthy's selection was purely based on his exploits in the T20 league where he picked up 17 wickets from 13 matches for KKR with a best of 5 for 20.

In other changes to India's touring party, captain Virat Kohli has been granted paternity leave after the first Test in Adelaide and Rohit Sharma, who has fully recovered from a hamstring injury he sustained in the IPL, has been added to the Test squad even as he has been rested from the ODI and T20I squads.

The tour begins on November 27 with the first ODI in Sydney. India play three ODIs and three T20Is followed by four Tests.