India A captain Sanju Samson received a rousing reception from the Chepauk crowd, as he walked out to bat in the middle during the first unofficial ODI against New Zealand A. 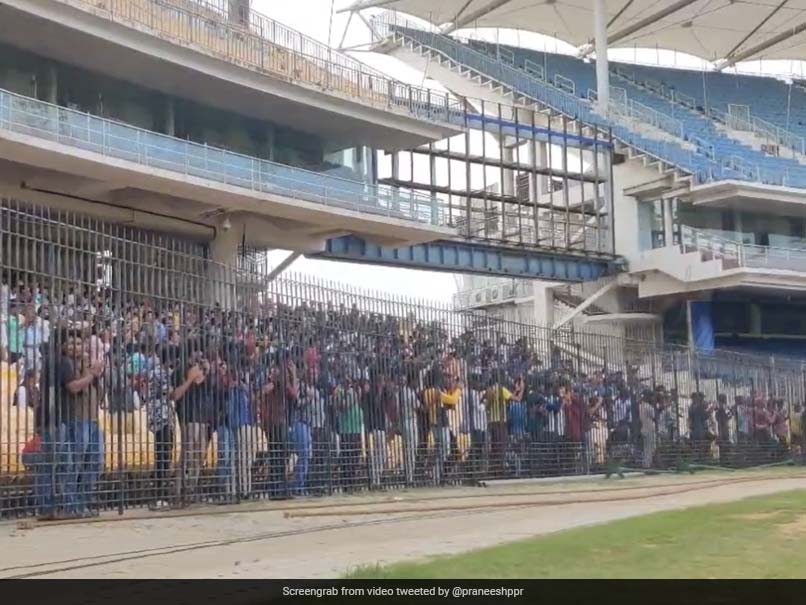 Sanju Samson scored an unbeaten 29 as India A defeated New Zealand A.© Twitter

India A are currently squaring off against New Zealand A in a three-match unofficial ODI series. The ODIs are being followed by a three-match Test series, which India A won 2-0. The hosts also lead the ODI series 1-0, having defeated the visitors by seven wickets at the MA Chidambaram Stadium in Chennai on Thursday. The second and third ODIs will be played at the same venue on Sunday and Tuesday, respectively. After electing to bowl, India A bundled out New Zealand A for 167 in 40.2 overs.

Shardul Thakur was the pick of the bowlers as he ended the match with figures of 8.2-1-32-4. Meanwhile, Kuldeep Sen also returned figures of 7-0-30-3.

For the visitors, Michale Rippon (61) and Joe Walker (36) added 89 runs for the seventh wicket, after New Zealand A had slumped to 74 for six.

In reply, India A chased down the target with seven wickets, inside 31 overs.

After the early wicket of Prithvi Shaw, Ruturaj Gaikwad (41) and Rahul Tripathi (31) gave India a strong platform, before skipper Sanju Samson (29 not out) and Rajat Patidar (45 not out) took them across the line.

Samson received a rousing reception from the Chepauk crowd, as he walked out to bat in the middle.

Earlier this week, India's T20 World Cup squad was announced and Samson did not find a place in even reserves. The right-handed batter than trended on Twitter, with fans upset over his non-inclusion in the line-up.

The second and third ODIs will be played at the same venue on Sunday and Tuesday, respectively.

MA Chidambaram Stadium, Chennai Cricket
Get the latest updates on IPL Auction 2023 and check out  IPL 2023 and Live Cricket Score. Like us on Facebook or follow us on Twitter for more sports updates. You can also download the NDTV Cricket app for Android or iOS.