I am strong enough to bounce back, says Rohit Sharma

When on song, Rohit Sharma is a sight for the Gods, all languid elegance and with time to spare as he picks his spots. He has, however, supremely underachieved, often frustrating his backers, his team-mates and even himself by simply, it has appeared, throwing his hand away. 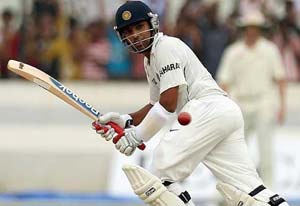 Mumbai's last two Ranji Trophy games sum up Rohit Sharma's blow-hot, blow-cold career. In Hyderabad last week, in just his second game as the Mumbai captain, Rohit made a sparkling 112, his class shining through even on a flat deck against an inexperienced attack. In Mumbai on Saturday (December 1), Rohit was dismissed for one against Bengal, driving home the inconsistency that has plagued his international stint since his debut in June 2007.

When on song, Rohit is a sight for the Gods, all languid elegance and with time to spare as he picks his spots. He has, however, supremely underachieved, often frustrating his backers, his team-mates and even himself by simply, it has appeared, throwing his hand away. The limited-overs tour of Sri Lanka this July-August was a particular low point as he made just 13 runs in five innings; in all, 85 ODIs have fetched just 1974 runs at 30.84, only two centuries and 12 fifties in 80 innings a huge letdown for all concerned.

Rohit insists, however, that at 25, he still has time on his side. He tells Wisden India that while he is disappointed with the way his career has shaped up, he is also confident of making up for lost time. Excerpts:

From a personal perspective, how crucial is this season for you?

Every first-class season is important, every game is crucial, irrespective of whether you are in the Indian team or not. When I play for Mumbai in the Ranji Trophy, the team management and the rest of my team-mates look up to me. I take the added responsibility of being one of the main batsmen in the team as a challenge. It's not just about turning up, playing the game and going back home. I have to be at my very best game after game, innings after innings. I want to contribute to the team's cause, so in that sense, it's no different whether I am a part of the Indian team at the moment or not.

Do you feel your international career is at the crossroads?

I wouldn't say it is at the crossroads but yes, I am a bit disappointed with how it has gone so far. My ODI stint has been a little disappointing, I accept that I haven't lived up to my potential. But that happens. There have been lots of instances where players have struggled in the initial phase of their career but carried on to become very successful. I am learning from my mistakes, and I hope not to repeat those mistakes. You can't afford to make the same mistakes on a regular basis. It's very important to get opportunities to play for the country and when you get those opportunities, it is equally important to make the most of those opportunities.

Sri Lanka earlier this must have been a particularly difficult tour...

I was in terrible form in Sri Lanka, but I must have done something to have the backing of everyone - my captain, my coach and my team-mates. They must have seen something in me to keep on supporting me. It was very disappointing; I was trying everything I could. I spent a lot of time with the coach in the nets, I hit the gym regularly, I was very particular about my fitness, I spoke a lot with the seniors. But things just didn't go my way when I went out to bat, and I have worked very hard since to try and rectify that. In fact, when I was going through that difficult period in Sri Lanka, Sachin (Tendulkar) had called me and told me not to worry too much. He told me to concentrate on my batting but more importantly to enjoy my cricket because he said if you don't enjoy what you are doing, then you won't be able to contribute to the team. He said people will have series like this in their careers, you shouldn't allow yourself to get bogged down by it. That was a huge motivation for me. It kept me going. I didn't compromise on my work ethics, I gave it my 120% every single time in practice and at the gym. My preparation going into each game was very good, but it was just not happening in the middle.

You played for India long before Virat Kohli and Cheteshwar Pujara, yet these two have beaten you in the race to a Test spot...

These are people with whom I am in competition for Test spots. But unfortunately, things have happened that have set me back. I have been very unlucky with injuries. I was very unlucky to miss out on the Nagpur Test against South Africa (February 2010, when he picked up an ankle injury on the morning of the Test). Also in England (during the ODI series in September 2011), when I was in good form, I picked up a finger injury (during the first game in Chester-le-Street when facing Stuart Broad). Those injuries set me back. If I had played in Nagpur, who knows, I might have played 20 Tests by now. But I know I am strong enough to bounce back. I have confidence in my abilities and in the fact that nothing is over. I still have age on my side, there is a lot more time ahead of me. The important thing is to stay strong and focus on the right things. Whether you are scoring runs or not, whether you are in the Indian team or trying to break in, your work ethics should not be any different. I want to make sure I don't lose out on that.

What kind of relationship do you share with your 'competitors' - Kohli, Pujara and Manoj Tiwary, among others?

We have all played age-group cricket together - not Kohli, but with Pujara and Tiwary. We know each other very well, we know what makes each other tick. There will be competition, that is the name of the game, and that is good for the country and for the team. It can only mean that the standards will go up, and we will all keep pushing each other to perform better. We are all very good friends; when we get together, we talk cricket, we talk family, we talk about life. Just because you are competitors doesn't mean you can't have a good relationship - those are two completely different things.

How do you go about your cricket? Do you set goals, or do you take things as they come?

I don't set any long-term goals as such, I don't think it is such a good idea. But it is important to have immediate, short-term goals. You need to realise that you must have something to aim for, something to drive you. My goal is to score as many runs as possible and help the team do well, but I don't set number-oriented goals.

You have received your fair share of criticism. How much does that affect you?

People have their own impressions. They say and write things, but that is their job and they have their right to their opinions. Several people have said I have thrown my wicket away, and they have every right to do so. I don't get into those kinds of things, I don't let that affect me. It's better to focus on your work ethics. I don't get affected by the criticism, instead I get motivated by it. And honestly, I don't pay too much attention to what is said and written.

Have you felt at any stage, with the talent you possess, that you have let yourself down?

Numbers might suggest I have, but somewhere down the line, you have to look at the situation of the match, the positions in which I have batted. It is not an excuse, I am just stating a fact. There are times when you come in with a few overs left, you have to start looking to score from ball one, you have to take risks. But then, I feel personally that as a professional sportsman, no matter what the situation is and no matter where you are batting, you have to be able to do what you are asked to. You should not remain in your comfort zone; if you want to make it big, you must challenge yourself, get out of your comfort zone, and succeed in doing well outside of your comfort areas. I am looking forward to that challenge, I am looking forward to doing well in the future. You do get disappointed, but you have to move forward.

Comments
Topics mentioned in this article
Cricket Vikram Solanki Virat Kohli Wasim Jaffer Irfan Pathan Paul Valthaty Dhawal Kulkarni RG Sharma
Get the latest Cricket news, check out the India cricket schedule, Cricket live score . Like us on Facebook or follow us on Twitter for more sports updates. You can also download the NDTV Cricket app for Android or iOS.