Graeme Smith praised MS Dhoni for being calm and collected and said he doubts there is anyone in world cricket who didn't get along with the former India captain. 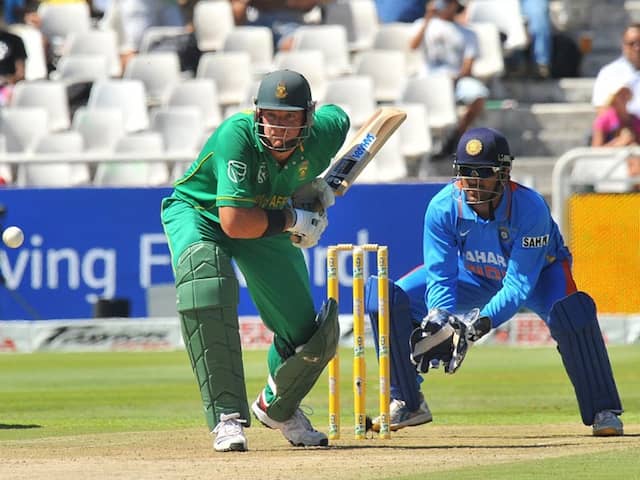 MS Dhoni and Graeme Smith have both been formidable captains for their respective teams.© AFP

Director of Cricket South Africa Graeme Smith was all praise for former India captain MS Dhoni, saying that he doubts there is anyone in world cricket who did not get along with the wicketkeeper-batsman. Smith, who is one of the most successful captains in cricket history, said Dhoni was calm and collected and that he has a lot of respect for him. "I seriously doubt that you probably find anyone in world cricket that didn't get on with MS," Smith said on Star Sports show "Cricket Connected".

"He went about his business. He was calm, he was collected," Smith added.

"And again, like Sanga, was to spend a fair amount of time with Dada - in administration, we are having a number of conversations over the telephone. He's always calm, approachable, always interested in a good conversation, so a lot of respect for both men," Smith said.

Former India batsman Gautam Gambhir, who was a part of the India squads that won the 2007 T20 World Cup and the 2011 World Cup under MS Dhoni's leadership, also spoke on the show about his experience as Dhoni's roommate during the early days of their careers.

"We were roommates for more than a month and all we used to talk about was hair because he had those long hair and how he would maintain that hair and all that stuff," Gambhir said.

"We remember sleeping on the floor, because we had a very small room and the first week, we were discussing how to make this room look bigger," he said.

"So, we removed the bed out of the room and then we slept on the floor on the mattresses and it was a great moment because we both were young," Gambhir added.

"MS just initially started playing international cricket, we went to Kenya together, Zimbabwe, India A tour together, we spent a lot of time together," he said.