Gautam Gambhir said he would have a lot more respect for the BCCI if the Indian team tours Australia later this year. 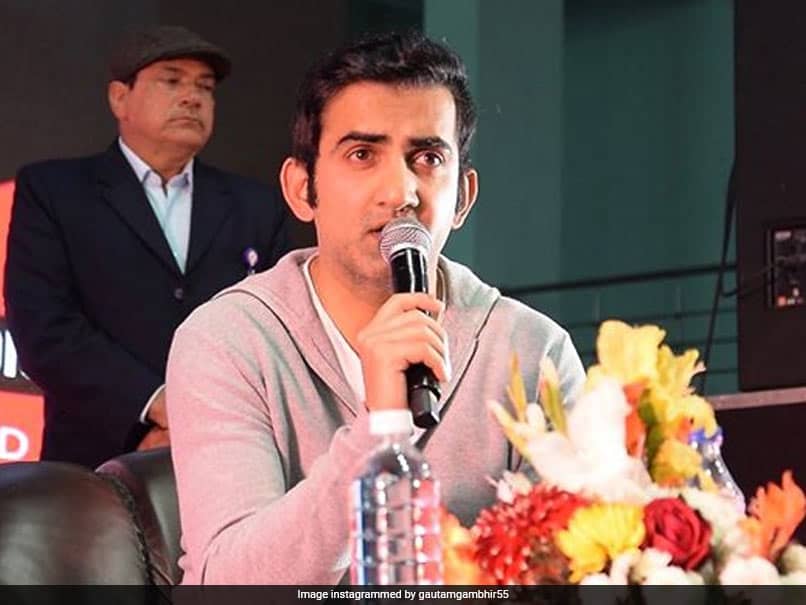 Former India opener Gautam Gambhir feels the BCCI should behave like a statesman amid the current crisis and he would have a lot more respect for the richest cricket body if the national team tours Australia later this year. Gambhir was reacting to BCCI treasurer Arun Dhumal's statement that if required, the Indian team could go into quarantine upon their arrival Down Under for the scheduled tour in the Australian summer. However, the need for two weeks quarantine will only arise if the preceding T20 World Cup doesn't take place in Australia.

"Good on BCCI, fabulous. Good on them. This is a very very positive sign, because I think they are looking at a far bigger picture, that it will change the mood of the entire country as well.

"It is not only about winning series in Australia, which is very very important. But it will change the mood of both the countries as well, not only India, but probably for Australia as well," Gambhir said on Star Sports show 'Cricket Connected'.

India are scheduled to play four Tests Down Under and if the tour doesn't take place, Cricket Australia could lose as much as 300 million Australian dollars.

"And then you have got to be statesman as well, when BCCI, they are probably the richest board and probably the most powerful board in the world, so they need to look at a bigger picture as well and that is what probably they have done.

"If India look to tour Australia, I have got a lot of respect then for BCCI...," added the southpaw.

The 38-year-old Gambhir, who played 58 Tests and 147 ODIS, also took a jibe at world body ICC on the recent Test rankings, where Australia dethroned India to be the number one side. India slipped to the third spot.

"No, I am not surprised, because I don't believe in all these rankings, points system, probably the worst was the points system what was there in World Test Championship, you get same points if you win a Test match away from home, that's ridiculous...," said Gambhir, who is known for his straight talk.

Questioning Australia's rise to the top, Gambhir said the team was particularly pathetic in sub-continent conditions.

"....Because Australia, I have serious serious doubts, on what front have you given Australia the number one Test ranking, because they have been pathetic away from home, especially in sub-continent...," signed off Gambhir.

Gautam Gambhir
Get the latest updates on IPL 2020, check out the IPL Schedule for 2020 and Indian Premier League (IPL) Cricket live score . Like us on Facebook or follow us on Twitter for more sports updates. You can also download the NDTV Cricket app for Android or iOS.