BCCI treasurer Arun Dhumal has expressed his concerns over the possibility of hosting the T20 World Cup in October as per scheduled. 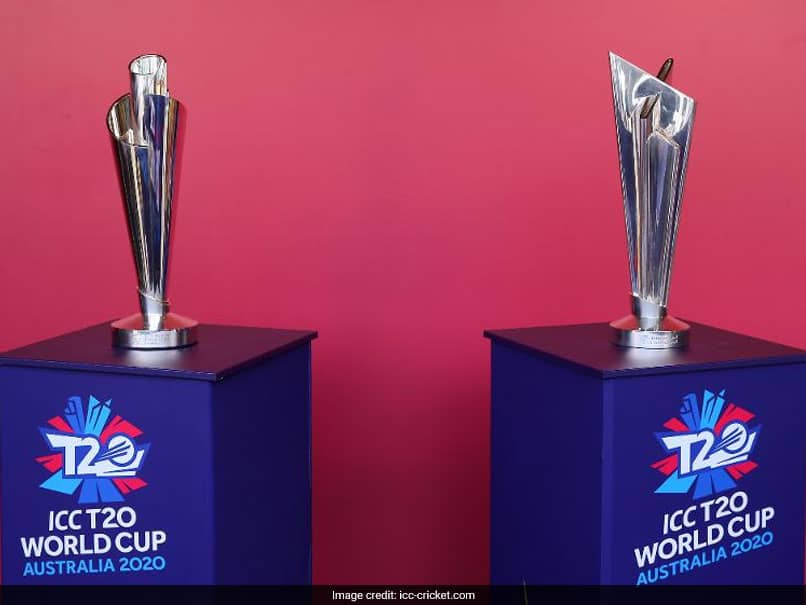 The T20 World Cup is scheduled to be played in Australia later this year.© ICC

The coronavirus pandemic has forced almost every sporting event across the world to be either cancelled or postponed. Cricket has also been largely impacted by the ongoing health crisis. While the lucrative Indian Premier League (IPL) has been postponed indefinitely by the Board of Control for Cricket in India (BCCI), there have been doubts over the upcoming Twenty20 World Cup, scheduled to be played in Australia later this year. BCCI treasurer Arun Dhumal, while speaking to Sydney Morning Herald, has also expressed his doubts and said that it will be "difficult" to host the global event as scheduled.

Arun Dhumal said that the players have been away from action for a long time and it will be a difficult call for every board to send their players to play a global event like World Cup without too much of match practice.

"They will have been out of cricket for a long time. Would you want to be without training for that long and straight away go and play [the] World Cup?" he said. "That is a call every board has to take. It seems to be difficult," Dhumal added.

The BCCI treasurer also mentioned that Team India will follow the security measures once the teams are allowed to travel overseas.

The players might have to self-isolate themselves for two weeks when they travel to another country and Dhumal added that the board will follow all the norms that will come once the lockdown ends.

"There is no choice - everyone will have to do that. You would want to resume the cricket."

"Two weeks is not that long a lockdown. That would be ideal for any sportsman because when you are in quarantine for such a long period, then going to another country and having a two-week lockdown it would be a good thing to do. We'll have to see what the norms are post this lockdown."

Speaking on the future of IPL, Dhumal added that the board is yet to take any decision regarding the tournament.

"We haven't planned anything as of now. We can't think of IPL getting back yet," Dhumal said.

Comments
Topics mentioned in this article
BCCI Cricket ICC T20 World Cup 2020
Get the latest updates on India vs England Series, India vs England , live score and IPL 2021 Auction . Like us on Facebook or follow us on Twitter for more sports updates. You can also download the NDTV Cricket app for Android or iOS.