Gautam Gambhir said that the players' mental toughness also plays a key role in them excelling in the knockout matches of a a big tournament. 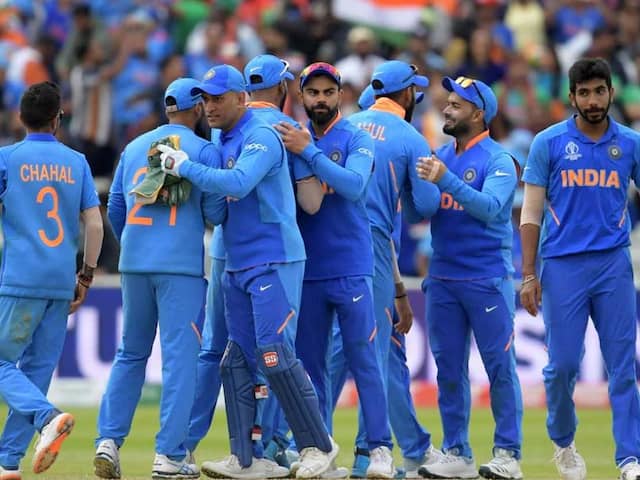 India were knocked out in the semi-final of World Cup 2019.© AFP

The Indian cricket team, since winning 2013 Champions Trophy, has not been able to go all the way in any of the major ICC tournaments, including both -- 50-over and T20 World Cups. The latest example being India's semi-final loss to New Zealand in the World Cup 2019 where they were knocked out chasing a below-par total. Performing under pressure in big knockout games is where many players fail but one player who has been there and excelled is Gautam Gambhir. The former India opener, who was the highest scorer for India in both the 2007 World T20 and 2011 World Cup final, on Saturday said that the Indian players have not been able to handle  pressure the way they should in multi-nation tournaments. Gambhir said that performance in crucial knockout games is what what turns a "good player" into a "very very good player".

The BIG Question: How can #TeamIndia become champions again?

Adding to his argument, Gambhir said that the players' mental toughness also plays a key role in them performing in the knockout matches of a a big tournament.

"If you look at all the semi-finals and finals, it just show when playing really well in the league stage and you don't play well in the semi-finals or knockout, it's probably your mental toughness as well," said Gambhir, who scored 97 runs in the final of 2011 World Cup.

India have entered last few editions of ICC tournaments as one of the favourites but failed to get their hands on the trophy and according to Gambhir team's reputation or players' calibre takes a back seat in big tournaments and all that matters is how they get out on the field and perform.

"We can keep talking that we've got everything, we have the ability to be the world champions but till the time you don't go on the cricket field and prove that, you will never be called the World champion," he added.

Gambhir also highlighted that in bilateral series teams can make mistakes and still get a second chance which they don't get in the knockout stage of an ICC showpiece event.

"So it's just your ability in those crunch situations. I've always said this, in bilateral and league stages you have got probably a chance to make the mistake, come to the knockout stage you don't have a chance to make a mistake, you make a mistake and you're going back home. So that's where beliefs come into play and that where India lacks in all those crucial games," he explained.