Gautam Gambhir said that the new rules have made batting easier and that is why a lot of new batters find it easy to score runs in ODIs. 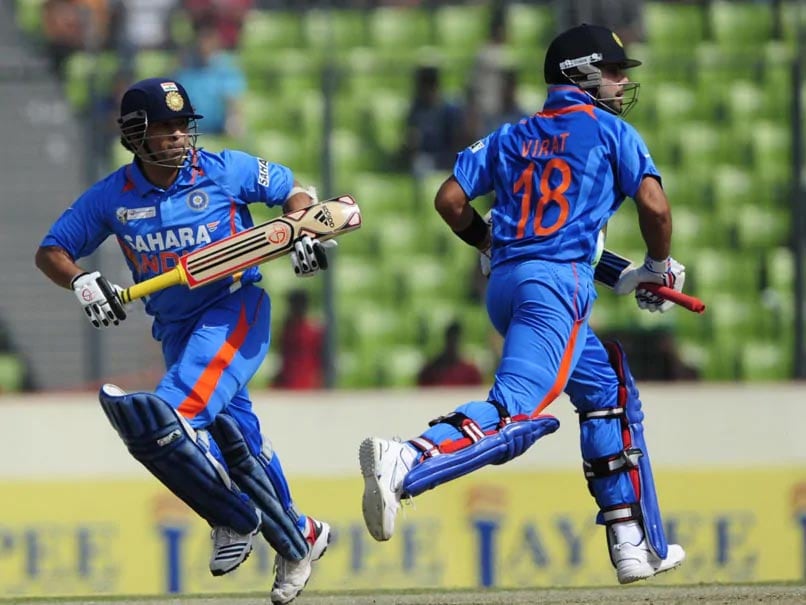 Virat Kohli, who has scored 43 One-day International hundreds, often gets compared to Sachin Tendulkar and the debate has been going around for quite some time now. Gautam Gambhir, former India batsman, voiced his opinion on the discussion and said that he would pick Sachin Tendulkar over Virat Kohli as the best ODI batsman. While Kohli is closing in on Tendulkar's record of most centuries in ODIs, Gambhir feelsthat the modern rules of using two new balls and five fielders inside the 30-yard circle makes batting easy for new batters.

Gambhir said that if longevity and flow of the ODI format is the benchmark, he will go with Sachin Tendulkar.

"Sachin Tendulkar, because probably with one white ball and four fielders inside the circle, not five fielders outside, it will be Sachin Tendulkar for me," said Gambhir on Star Sports' show 'Cricket Connected'.

Gambhir lavished praise on Kohli for doing "phenomenally well" in the 50-over format.

"It's difficult because Virat Kohli has done phenomenally well but I think the rules have changed as well, which has helped a lot of new batters. The new generation, with 2 new balls, no reverse swing, nothing for the finger spin, five fielders inside for the 50 overs, probably that makes batting much easier," Gambhir added.

Gambhir also mentioned that earlier, 230 to 240 used to be a winning total while now teams easily chase down targets in excess of 300.

"Look at how Sachin Tendulkar has played, different rules, that time 230 to 240, was a winning total. Probably I'll go with Sachin Tendulkar if we see the longevity and flow of the one-day cricket format," Gambhir concluded.

Gautam Gambhir Cricket
Get the latest updates on ICC T20 Worldcup 2022 and CWG 2022 check out the Schedule, Live Score and Medals Tally. Like us on Facebook or follow us on Twitter for more sports updates. You can also download the NDTV Cricket app for Android or iOS.