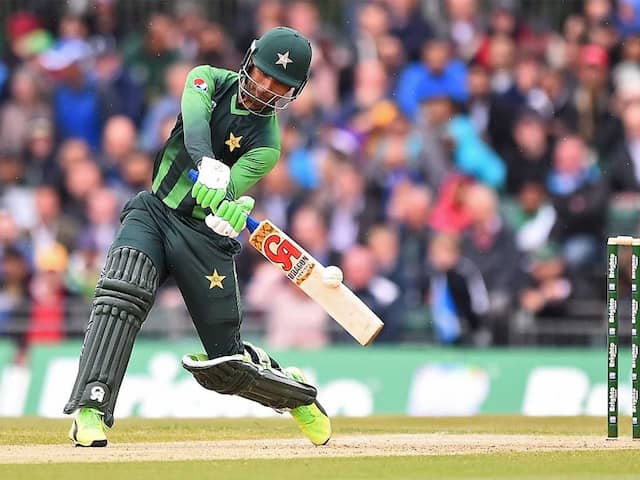 In-form Fakhar Zaman on Friday said that the favourites tag for the 2019 ICC World Cup suits Pakistan perfectly. Top-order batsman Fakhar Zaman has enjoyed a purple patch for his national team in the past few months. Zaman has notched up the scores of 85, 210 not out, 43 not out and 117 in his last four innings in the One-day Internationals (ODIs). He also said that Pakistan will be well equipped to win the 2019 World Cup at England and Wales. "We will travel to England to win the title and not just to make up the numbers. I do feel that it is right for us to be labelled favourites for the 2019 World Cup as our team will be well equipped for this tournament," Zaman was quoted as saying by ICC.com.

However, Zaman said that his current focus is on the Asia Cup 2018 where Pakistan will take on arch-rivals India.

"At the moment, I am fully focused on doing well in the upcoming Asia Cup," Zaman said.

"Of course, the 2019 World Cup is an important tournament, but it's far too early for me to start planning for it as there are other international assignments to take care of before that tournament," he added.

Zaman averages a magnificent 76.07 for Pakistan in the 50-over format. However, he is still to get a break in Test cricket for the side.

The 28-year-old Zaman also said to prove himself in the longest format of the game will always remain his dream.

"Regardless of which team I play against, the fact is that Test cricket is one format that provides the ultimate test of skills for a player and to perform well in this form of the game is my dream," Zaman said.

Pakistan Cricket Team Fakhar Zaman Cricket
Get the latest Cricket news, check out the India cricket schedule, Cricket live score . Like us on Facebook or follow us on Twitter for more sports updates. You can also download the NDTV Cricket app for Android or iOS.