Moeen Ali, part of England's Test squad that arrived in Sri Lanka on Sunday, underwent a RT-PCR test along with the rest of the squad but was the only player to return positive. 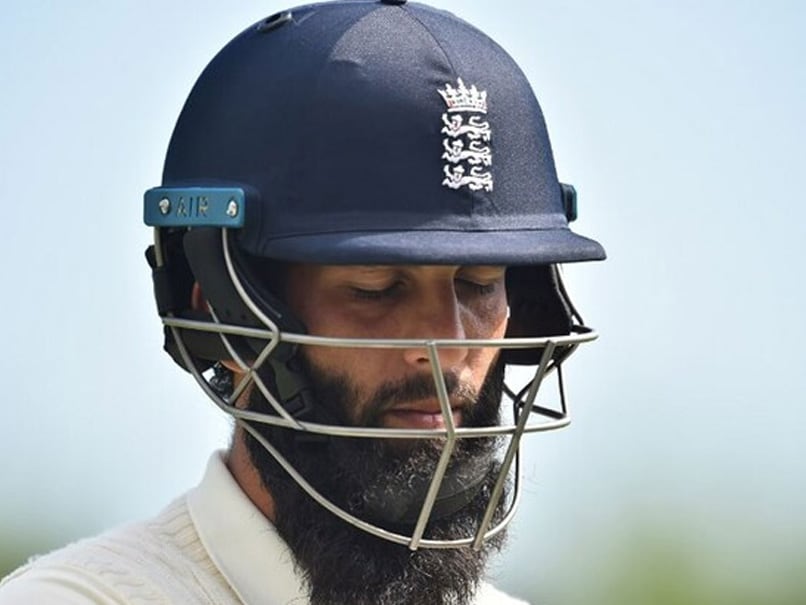 Moeen Ali has isolated himself for 10 days as per local Covid protocols.© AFP

England all-rounder Moeen Alihas tested positive for coronavirus, the England and Wales Cricket Board (ECB) confirmed on Monday. The all-rounder, part of England's Test squad that arrived in Sri Lanka on Sunday, underwent a RT-PCR test along with the rest of the touring party but was the only player to return positive. "Following PCR tests administered on arrival at the airport in Hambantota on Sunday 3rd January, The England and Wales Cricket Board can confirm that Moeen Ali has tested positive for COVID-19," the ECB said in a release.

The ECB, in its media release, said Moeen Ali will now isolate himself for 10 days as per Covid protocols laid out by the Sri Lankan government. Apart from Ali, one more England player Chris Woakes has been deemed to be a possible close contact and will also observe self-isolation till further testing.

"Ali will now observe a period of 10-days self-isolation, in accordance with the Sri Lanka Government's protocol on quarantine," the ECB said in its release.

"Chris Woakes has been deemed as a possible close contact, and he will observe a period of self-isolation and further testing," it added.

Rest of the England players and support staff members will take a PCR test for the second time on Tuesday morning. The visitors will begin their training for the first time since arriving in Sri Lanka on Wednesday.

"The touring party will be PCR tested for a second time on Tuesday morning. At this stage, the team will train for the first time on Wednesday," the ECB stated in its release.

The first Test of the two-match series will begin on January 14, exactly 10 days from now, while the second Test will be played from January 22-26.

Chris Woakes Cricket
Get the latest updates on India vs South Africa and check out  Schedule, Results and Live Score. Like us on Facebook or follow us on Twitter for more sports updates. You can also download the NDTV Cricket app for Android or iOS.