A cricket fan proposed his girlfriend during a live match between England and Pakistan on Tuesday. 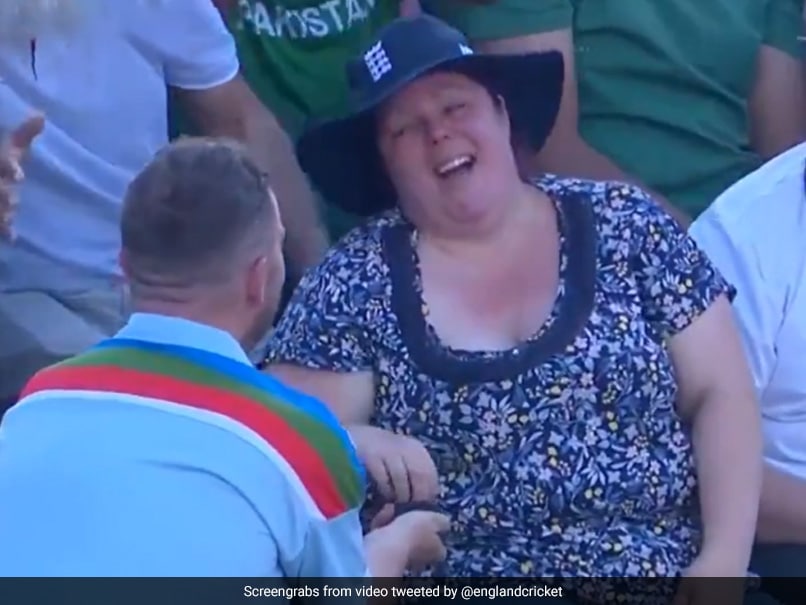 During the third and final T20I match between England and Pakistan in Manchester on Tuesday spectators witnessed something beautiful on screen. A man proposed his girlfriend during the match, and he got the much-awaited 'Yes' as reply. In front of more than 20,000 people in the crowd at Old Trafford, the loved-up couple was captured beautifully on the cameras in the ninth over of the match. The man was identified as Phil and the lady as Jill by commentator David Lloyd. England And Wales Cricket Board (ECB) also tweeted and greeted the couple. "Decision Pending.... She said YES! Congrats Phil and Jill!" tweeted ECB.

The video was well-received by the fans and got more than 70,000 views within 30 minutes of it being posted on Instagram.

The video got was complemented by David Lloyd's commentary and the broadcaster's "Decision Pending" graphic as the incident transpired.

"Hello, what's happening here? Oh, Not another, not another. Big screen as well.... Jill and Phill, decision pending... and here she said YES....," David Lloyd narrated the moment during his commentary.

At the cricket, England won the third T20I against Pakistan and clinched the 3-match series 2-1.

Jason Roy starred for the English team with 64 runs off just 36 balls in the chase of 155 runs.

Pakistan batted first and put up a decent total of 154 runs with wicket-keeper Mohammed Rizwan (76) being the top scorer of the side.

Pakistan were dominated by England during the whole tour, first during the One Day Internationals where the hosts won the series 3-0 with a completely new and inexperienced side and then later when the senior team did the job in the T20I series.