England vs Pakistan: Pakistan fast bowler Hasan Ali has been rested for the first T20I against England as a precautionary measure due to a strain in his left leg picked up during a training session at Trent Bridge. 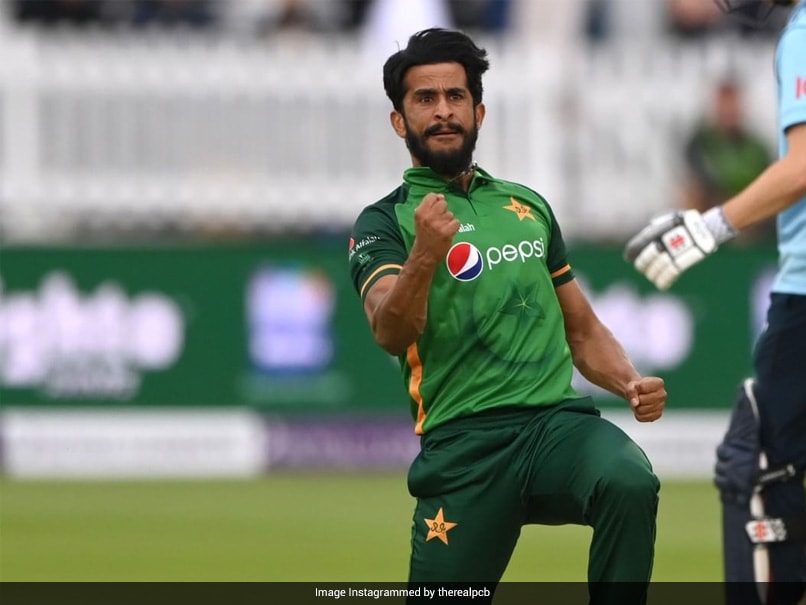 The fast bowler will now be assessed ahead of the second T20I, following which a decision on his participation will be made.

Pakistan team will be looking to make a fresh start on the England tour when they take on the hosts in the first of the three-match T20I on Friday, at Trent Bridge in Nottingham.

Overall out of the 18 T20Is played between the two sides, Pakistan has won five games, England have won 12 matches while one match was abandoned due to rain.

Pakistan is currently in the fourth spot in the ICC rankings with 261 points while England is at the top with 278 points.

The tourists will pin their hopes on experienced Mohammad Hafeez to score runs as the all-rounder has featured in 12 matches against England scoring 289 runs at 28.90 which included two half-centuries with a best of 86 not out and a strike-rate of 127.31.

Captain Babar Azam, who is ranked number two in the ICC T20I Rankings, will be looking to repeat the heroics of the third ODI at Edgbaston where he scored a scintillating 158 off 139.

Amongst bowlers, Imad Wasim has picked six wickets from five matches against England, the left-arm spinner's best figures are two for 17.

Hasan Ali Cricket
Get the latest updates on ICC T20 Worldcup 2022 and CWG 2022 check out the Schedule, Live Score and Medals Tally. Like us on Facebook or follow us on Twitter for more sports updates. You can also download the NDTV Cricket app for Android or iOS.