Cheteshwar Pujara and Mohammad Rizwan were also involved in a 154-run stand for the sixth wicket in a match against Surham that ended in a draw. 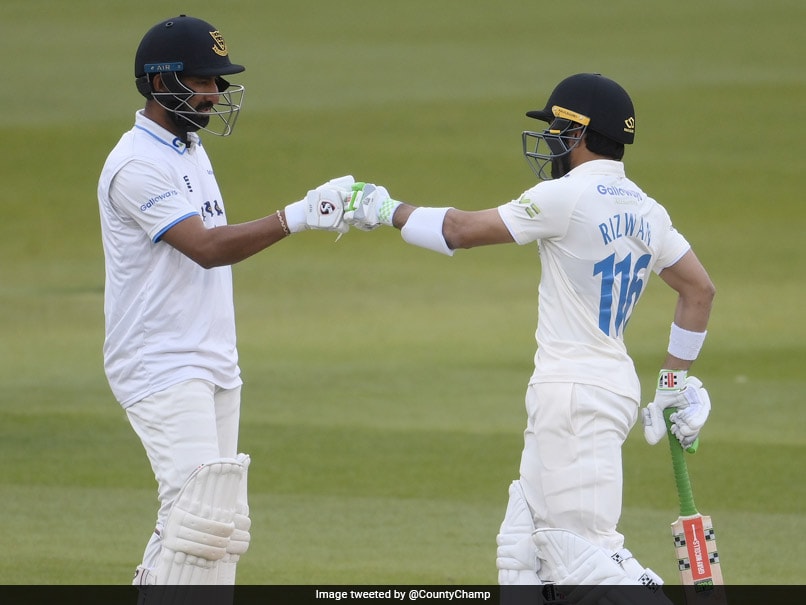 Cheteshwar Pujara and Mohammad Rizwan are currently playing for Sussex together.© Twitter

Cheteshwar Pujara and Mohammad Rizwan's combo for Sussex is a hit. The Indian now has scored three triple-digit scores in successive games in the County Championship Division Two as he looks to regain form and make a comeback to the Indian Test team. On the other hand, the Pakistan cricket team player is also among runs and scored a half-century against Durham in his team's last match. The two were also involved in a 154-run stand for the sixth wicket in a match that ended in a draw.

During the course of the match, Sussex Cricket posted a video of the two cricketers prepping up for the match and could be seen talking to each other.

Though the audio was not clear, fans had a field day in trying to decipher what the duo was speaking.

They're speaking in Urdu/Hindi ... what an opportunity for Rizwan

The out-of-favour India batter, who is in sparkling form, is making most of his county stint. He now has scored two hundreds and as many double centuries in his five innings.

The big runs will keep Pujara in contention for a place in the Indian squad when they travel to England for the postponed fifth Test later this year.

The veteran batter was dropped from the Indian Test team following the series loss in South Africa earlier this year.