Nazmul Hassan reportedly lost his temper during a team meeting and lashed out at all-rounder Mehidy Hasan for joining the players' strike ahead of Bangladesh's tour of India. 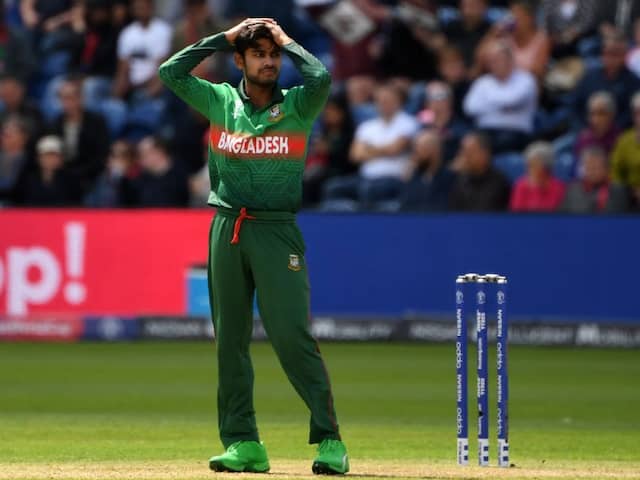 Bangladesh Cricket Board chief Nazmul Hassan reportedly lost his temper during a team meeting and lashed out at all-rounder Mehidy Hasan for joining the players' strike ahead of Bangladesh's tour of India. According to a report published in ESPNcricinfo, Nazmul Hassan started the team meeting saying: "Miraz [Mehidy], what have I not done for you, and you didn't pick up my phone call? From today onwards, I will delete your number from my phone." The report stated further that Nazmul Hassan's anger left Mehidy Hasan and some of his other teammates rattled.

Following the meeting on Wednesday, Bangladesh cricketers ended their strike, saying that the board has met most of their demands including a pay hike for domestic first-class players.

"The talk was successful," said Test and T20I captain Shakib al Hasan, who played a key role in the unprecedented revolt which started on Monday.

"The BCB (Bangladesh Cricket Board) president and directors, who were here, heard our demand and they assured us they will meet them at the quickest possible time," he added.

The decision came as a relief for the BCB after the strike appeared set to jeopardise Bangladesh's month-long tour of India, where they are scheduled to play three T20I and two Tests, starting on November 3 in Delhi.

The home team announced its 15-member squad for the T20I series. Rohit Sharma will lead Team India as India captain Virat Kohli was rested for the series.

Mehidy Hasan Cricket
Get the latest updates on IPL 2020, check out the IPL Schedule for 2020 and Indian Premier League (IPL) Cricket live score . Like us on Facebook or follow us on Twitter for more sports updates. You can also download the NDTV Cricket app for Android or iOS.