Bangladesh Cricket Board president Nazmul Hassan was hopeful that Bangladesh's tour of India will go as per plan. 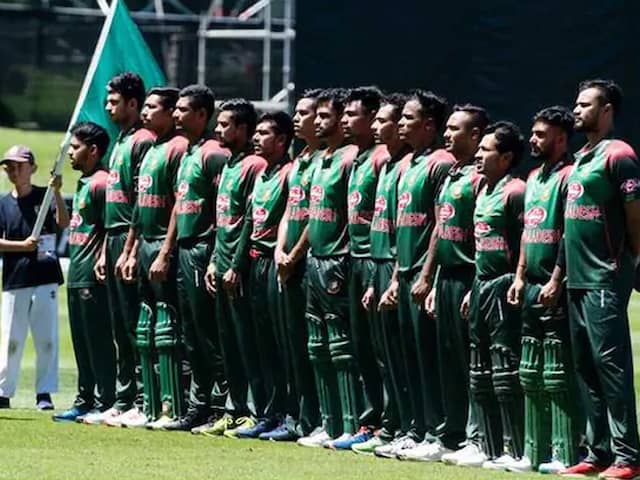 Bangladesh players on Monday went on strike until their demands are met by the BCB.© AFP

A day after the Bangladesh cricketers went on strike saying that they will not take part in any cricket activity until their demands are addressed by their board, the Bangladesh Cricket Board president Nazmul Hassan on Tuesday was hopeful that the India tour will proceed as per plan. He also said that players' strike is a conspiracy to bring a bad name to the sport in the country. "We will find who is behind this conspiracy," said Hassan during a press conference as quoted by leading local newspaper The Daily Star.

"I hope that the camp will go on. The India series will take place. I believe that most of the players want to play. They want cricket to develop. I don't believe that they will bring the country's cricket into disrepute due to a small sum of money. But we will see what happens," he said.

The BCB president, however, did not reveal plans about their next course of action after an unofficial meeting in Mirpur, the report said.

Addressing the media, senior players like Shakib Al Hasan, Mahmudullah, Mushfiqur Rahim, who were all present at the press conference, had clearly said on Monday that they will be off cricketing activities till the time their demands are fulfilled.

"We did not include Under-19 team here as they are preparing for the World Cup. Everybody else is here and we know everybody is with us. We are not going to involve in cricket. Unless our demand is fulfilled we are not coming back to cricket," Shakib had said.

"Beside age level cricketers 19, 17 and 15, everybody in national team and domestic cricket is involved here and it starts from today. This is applicable from domestic cricket and first-class cricket to international cricket," he added.

According to reports, there are issues of salary cap in the seventh edition of the Bangladesh Premier League (BPL).

But the BCB president said: "What I want to see and know first is who goes to play and who doesn't. Whether they will go to camp or not. First, I have to know who is trying to jeopardize the India tour. I have to know what the real problem is or else there will be other problems a few days later."

While their strike does put a question mark on their upcoming tour of India, BCCI President-elect Sourav Ganguly is confident that the players will sort out the issue with the board and the series won't be affected.

"It is their internal matter, but they will sort out, they will come," Ganguly said when asked if there was any threat to the series.

Mushfiqur Rahim Sourav Ganguly Cricket BCCI
Get the latest Cricket news, check out the India cricket schedule, Cricket live score . Like us on Facebook or follow us on Twitter for more sports updates. You can also download the NDTV Cricket app for Android or iOS.