Players' Strike "Nothing But Blackmailing", Says Bangladesh Cricket Board Director Ahead Of India Tour

Bangladesh Cricket Board president Nazmul Hassan called players' strike a conspiracy to tarnish the game's image in the country. 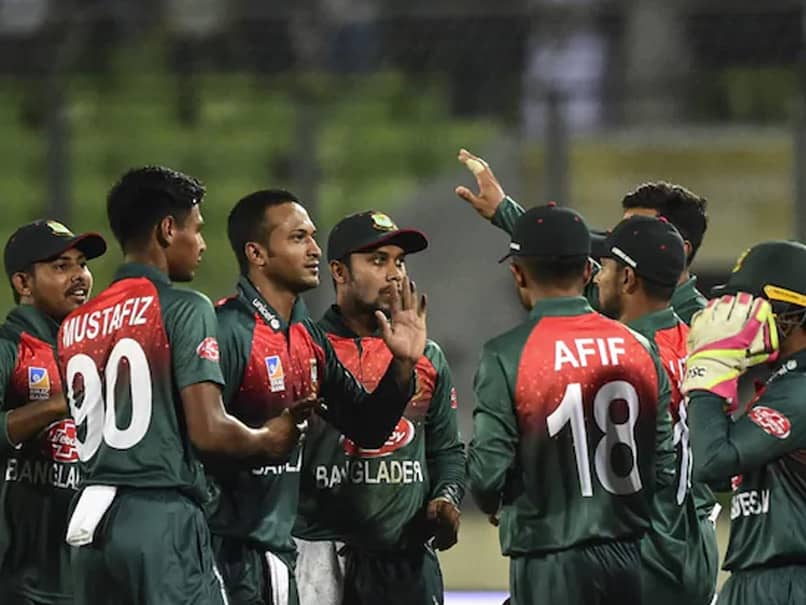 Bangladesh players announced a boycott of cricketing activities until their demands are met.© AFP

Bangladesh Cricket Board President Nazmul Hassan on Tuesday said the national players' unprecedented strike, which has jeopardised the upcoming tour of India, seems to be a "conspiracy" to destabilise the game in the country. Hassan's comments come after country's top players including Test and T20 captain Shakib Al Hasan, Mahmudullah and Mushfiqur Rahim on Monday announced a boycott of cricketing activities until their demands, including a salary hike, are met. The development has thrown their tour of India beginning November 3, into uncertainty.

"We will find who is behind this conspiracy," said Hassan during a press conference Dhaka as the BCB called an emergency meeting of directors to discuss the issue.

Quoting Hassan, 'Daily Star' reported that purpose of this public protest was to create chaos and tarnish the image of the game in the country.

BCB director Jalal Yunus said the players should have come to the board with their demands rather than communicating with them through media.

"We had no idea that the cricketers were so angry, disappointed and upset," Yunus told Bengali daily Samakal.

"They could have placed the demands at the board before issuing the ultimatum. However, they went to the media to call off all cricketing activities. This is nothing but blackmailing."

Another BCB director Mahbubul Anam too smelt a conspiracy against the Board.

"They could have followed the process of going through the CEO, cricket operations chairman and board chief, and if their demands weren't met, then they could have gone for action.

"I believe something else is behind the cricketers' call for the strike. It is a conspiracy against BCB," he said.

"These things always start with a movement. Once you sit with the board, it is no longer a movement. The board is there to serve the cricketers' purpose. I hope there will be reconciliation between the players and the board. We will try to solve their issues in the board meeting on (Tuesday)," said Khan.

The BCCI has maintained that it would adopt a wait and watch policy for now and is hopeful of amicable solution to a matter which is completely internal.

Mushfiqur Rahim
Get the latest updates on India vs Australia Series, check out the India vs Australia Schedule for 2020-21 and Ind vs Aus live score . Like us on Facebook or follow us on Twitter for more sports updates. You can also download the NDTV Cricket app for Android or iOS.