Faf du Plessis said that he thinks it is important for the former Australian skipper to stay strong through the turmoil. 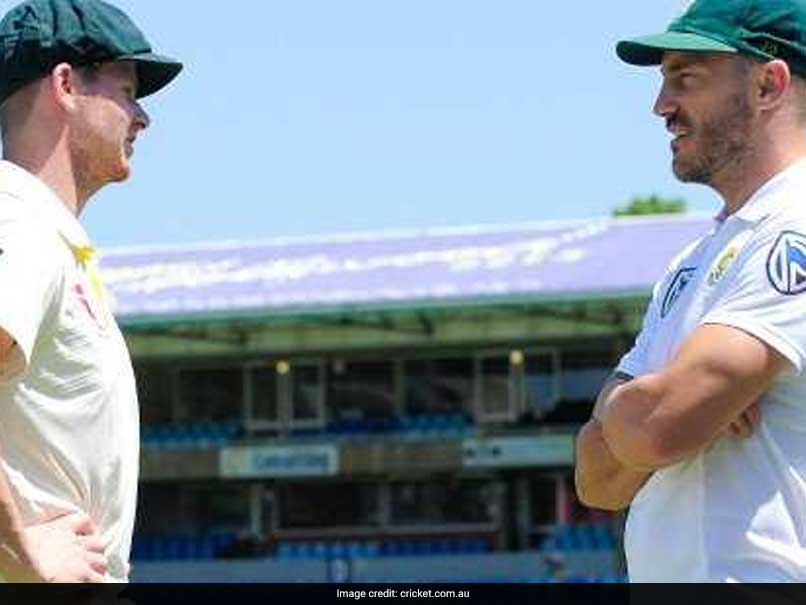 The Cape Town ball-tampering scandal, including Steve Smith, David Warner and Cameron Bancroft, had taken the cricketing world by storm. When the footage of Cameron Bancroft tampering the ball with the piece of a sandpaper emerged on social media, all hell broke loose, leaving Steve Smith and David Warner, along with the team management, desperately trying to control the situation. However, the then-captain Steve Smith came out and admitted that the ball was tampered with. Months after the scandal, South Africa captain Faf du Plessis in an exclusive interview with cricket.com.au revealed what he said to Steve Smith after the incident. Faf du Plessis also said that he thinks it is important for the former Australian skipper to stay strong through the turmoil.

"When it happened (in Cape Town), the first thing that I felt I needed to do was to send Steve a message," cricket.com.au quoted Du Plessis as saying.

"Just to tell him 'listen, I have been through something similar like this, it is very tough and your character is going to be tested but stay strong - I know that mentally, you are a very strong guy'.

"Because he's proven that in his career, 'and at the end of this you'll look back in a few years and see that it's made you into a stronger and better cricketer in your mind'.

Du Plessis believes that Smith, now more than ever, is motivated to come back stronger.

"Obviously, skill-wise he doesn't need anything more, he's already a machine with the bat - 'but 'just getting through this will make you a lot mentally tougher'.

"And I'm 100 percent sure that he's now sitting at home, and he's extremely motivated for his comeback, and he can't wait for that."

On a personal note, Du Plessis recalled the period when he was caught applying sweet saliva on the ball.

"I just felt my character was getting smashed the whole week, and that is something that is really important to me ... how my family view me, the people who look up to me, how they look at me as a character," du Plessis said.

"I was being called a cheat, my faith was questioned, all stuff like that.

"So through that week (my mindset) was just to try and be strong, be a strong captain for the team, not disappear as a leader because I think that can very easily happen when you're under pressure," the South Africa captain said.

"Personally, you go quiet and you go into the background and I think that week it was very important for me as a leader to stand up in the team and show the guys that, whatever is happening for me personally, I'm still the leader in the team. I'm still the captain, I'm still going about things business as usual," Du Plessis further said.

In wake of the ball-tampering incident, both Smith and Warner are currently serving one-year bans, while Cameron Bancroft was suspended for 9 months.