Both Steve Smith and David Warner were given a warm reception by the crowd. 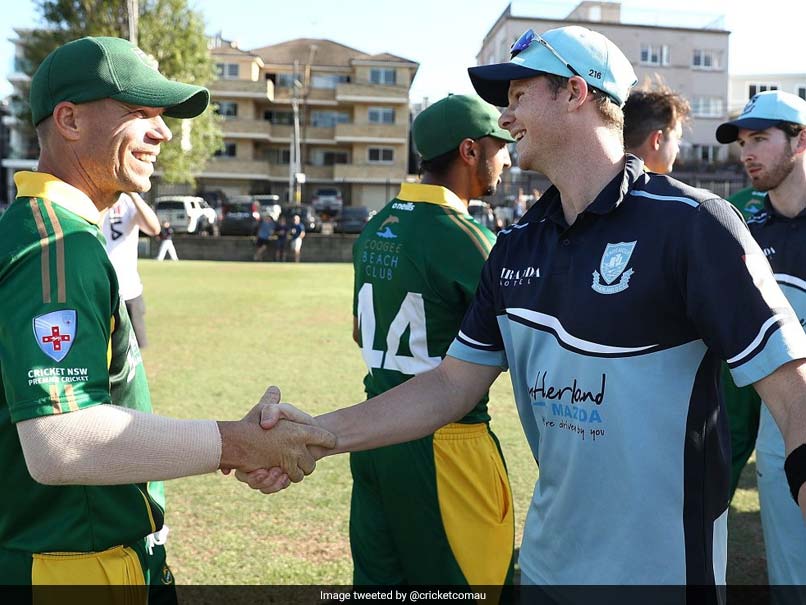 Banned Steve Smith and David Warner played together for the first time since the ball-tampering scandal that hit Cricket Australia earlier this year in March. Both Steve Smith and David Warner were playing in the NSW premier cricket competition, an Australian domestic T20 league, at Coogee Oval. Steve Smith represented Sutherland, while David Warner played for Randwick Petersham. According to cricket.com.au, both the players were given a warm reception by the crowd. The game also featured Shane Watson and with Test great Steve Waugh and Mitchell Johnson watching from the stands.

Randwick Petersham was sent in to bat by Sutherland. Warner didn't last long in the middle as Steve Waugh's son, Austin Waugh, sent him packing on 13. Warner hit two boundaries before before cutting a ball from Austin to backward point.

Smith fared much better when his turn came to bat, compiling 48 runs before being stumped. Former Test all-rounder Watson overshadowed them both with a 41-ball 63 to help Sutherland win by three wickets.

It marked the first time Smith and Warner had shared a pitch since being sent home in disgrace from Australia's tour of South Africa for their involvement in ball-tampering scandal.

They were both banned from international and state cricket for a year, but are allowed to play at club level.

Months after the ball-tampering incident, an independent review by the Sydney-based Ethics Centre into the scandal condemned an arrogant and controlling culture at Cricket Australia (CA).

Following the report, the Australian Cricketers' Association urged Cricket Australia to cut down the bans handed to the trio.

"There must be a reconsideration of the harshness of the penalties handed down to Steve Smith, David Warner and Cameron Bancroft," said ACA President Greg Dyer.