Shane Warne put his hand up on Friday to help Australian cricket out of its current spiral. 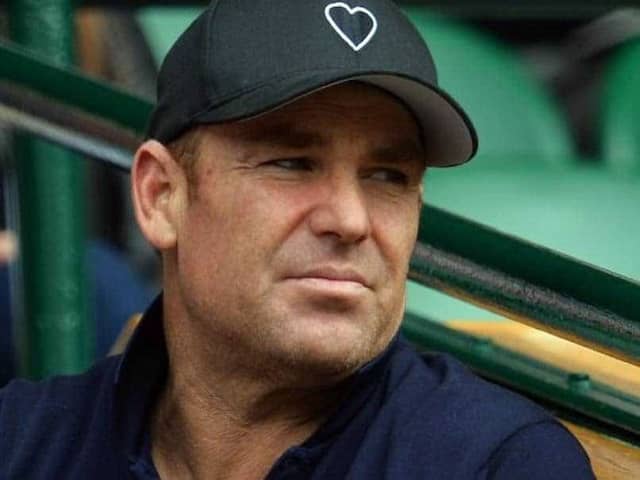 Shane Warne said that he was "frustrated" with the state of Australian cricket.© AFP

Australia spin legend Shane Warne offered his services to his country's embattled governing body and questioned them for not seeking the formal help of former stars like Glenn McGrath and Michael Clarke. The exodus at Cricket Australia grew on Wednesday as two more top executives quit the embattled governing body after a ball-tampering scandal and a scathing review triggered an outcry. Team performance boss Pat Howard, who was due to leave next year, has brought forward his departure to next week, while broadcasting chief Ben Amarfio has already left. Warne said that he was "frustrated" with the state of Australian cricket and was "more than happy to help in a formal basis if required" to CA.

"In the words of Donald Trump, let's make cricket great again," he said in a column for Melbourne's Herald Sun.

"Cricket Australia is in disarray -- fact. CA has lost control and sight of what it was trying to achieve, to make cricket Australia's favourite sport.

"That was its slogan and it was right but it has lost its way and thankfully heads are starting to roll."

The leg-spin icon said retired cricketers needed to play a bigger part in steering the sport, calling on a host of former teammates to rally behind the game.

"I put my hand up to (outgoing team performance boss) Pat Howard a few times, told him I was available if they needed me," he told the newspaper.

"I've always been happy to get involved in any role if Cricket Australia thought I could help the team. I'm sure all the ex-players would be the same."

He questioned why retired stars such as Michael Clarke had not been appointed as a batting consultant, or Glenn McGrath to help the fast bowlers.

"We've got a lot of spinners coming through who I've helped in an informal role. And I'm more than happy to help in a formal basis if required," he said.

"Why not ask Glenn McGrath, offer him a contract to help with the fast bowlers.

"We are not playing the Australian way at the moment, at any level."

Warne said "we just think we are going to produce cricketers" but argued that would not happen until the right people were involved and the right environment was put in place.

He advocated more game time for top players in the Sheffield Shield and said: "Stop the Twenty20 greed."

Australia Cricket Team Shane Warne Cricket
Get the latest Cricket news, check out the India cricket schedule, Cricket live score . Like us on Facebook or follow us on Twitter for more sports updates. You can also download the NDTV Cricket app for Android or iOS.