Australia have toned down their on-field aggression since the ball-tampering scandal in Cape Town in March this year. 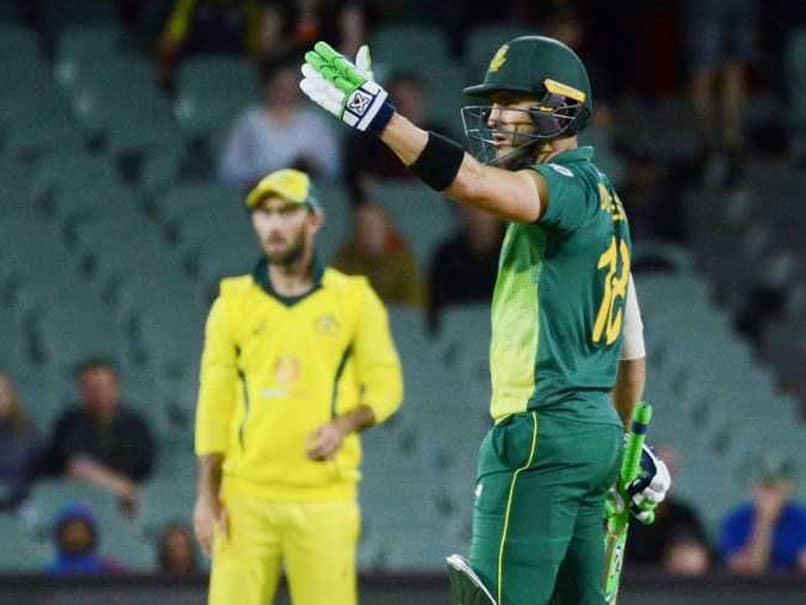 Australian cricket hit rock bottom when the ball-tampering scandal broke during the Cape Town Test in March this year. As a result, Australia have clearly toned down their sledging and on-field altercations. However, South Africa captain Faf du Plessis has urged them not to totally sacrifice their confrontational approach. "The series in South Africa (earlier this year) was like that, especially that first Test in Durban. It was a feisty one," Du Plessis said in Brisbane ahead of the one-off Twenty20 on Saturday. "Then comparing that to now, you can see they're obviously trying to minimise that a bit more, and let the cricket do the talking."

Du Plessis added that unsettling batsmen and bowlers with their aggressive and "in-your-face" approach was one of Australia's strengths and they should not give it up completely.

"I think that's the way the game's moving anyway. These days, chirping's not as big a part of cricket. Obviously the stump mics, TVs, there's a lot of emphasis from the ICC that it needs to be a gentleman's game.

"There's a lot of kids watching the game... so chirping, swearing, all that stuff has been really toned down, so I think it's a general thing that's happened in the game.

"But if you compare the two series then yes, there's been a big difference in the way that they talk on the field."

Coach Justin Langer and Test skipper Tim Paine have both pledged to change the win-at-all-costs culture that was rampant in Australian cricket.

The scandal that rocked the game and led to the bans for Steve Smith, David Warner and Cameron Bancroft, saw a clean-out of executives at Cricket Australia.

However, since adopting a "be nice" policy, Australia's results have nosedived.

Du Plessis, who has just led the Proteas in three ODIs against Australia, said there had been a marked change in their on-field behaviour.

"I've always believed that you must never take away your uniqueness as a strength. If your strength is to be in guys' faces, then you must use that," he said.

"Obviously there's laws now where you can't cross that line, but if you're a personality that requires that to get the best out of yourself and therefore perform the best for the team, then by all means do that within the boundaries that are allowed."