Anil Kumble Happy That His 10/74 Is Still Celebrated

Anil Kumble is only one of two bowlers along with Jim Laker who have clinched all 10 wickets in one innings of a Test match. 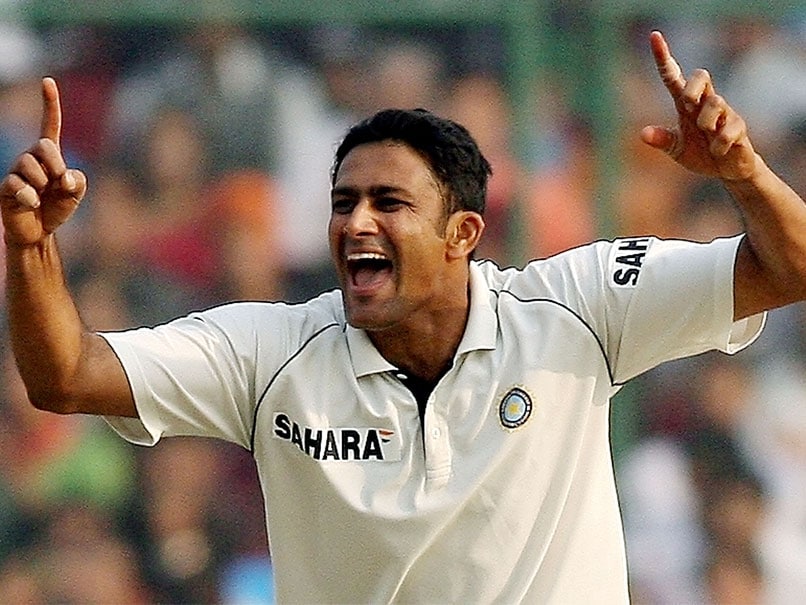 Anil Kumble is not a man who is known to be too vocal about his achievements. He is naturally a quiet man and stays away from making any great noise about what actually are quite remarkable achievements in the world of cricket. But even he cannot but remember his 10 for 74 against Pakistan at the Ferozshah Kotla in New Delhi, on February 7, 1999. His Twitter handle - 1074 - tells us just how much that record means to the man.

Now, his role has changed from that of India's ace wicket-taker to coaching the Indian cricket team. But even now, there is time enough for all concerned to stop and celebrate the remarkable achievement of 10 wickets in one Test inning - a feat achieved only twice in the history of the sport.

Even now, Jumbo, as Kumble is known, takes pride in his showing.

"Eighteen years ago, when I sat in the dressing room going out to bowl, I never thought that I would pick up 10 wickets," Kumble said in Hyderabad on Tuesday, while interacting with media ahead of the one-off Test with Bangladesh.

"It's one of those things, which happens. It's nice to celebrate anniversaries of cricketing milestones as well," he said.

Would his record be broken ever?

"I think, if it happens, it can happen tomorrow, it can happen 10 years down the line or it may not happen at all. I don't think anybody gave me a chance of picking 10 wickets. It's a rare occurring. I was probably privileged or blessed to be a part of that. It's something which is very unique."

The leg-spinner is glad that the landmark is celebrated every year.

Comments
Topics mentioned in this article
India Cricket Team Pakistan Cricket Team Anil Kumble Feroz Shah Kotla, Delhi Rajiv Gandhi International Stadium, Hyderabad Cricket
Get the latest updates on India vs South Africa and check out  Schedule, Results and Live Score. Like us on Facebook or follow us on Twitter for more sports updates. You can also download the NDTV Cricket app for Android or iOS.