India should be odds-on favourites to win top honours in badminton at the Gold Coast Commonwealth Games. 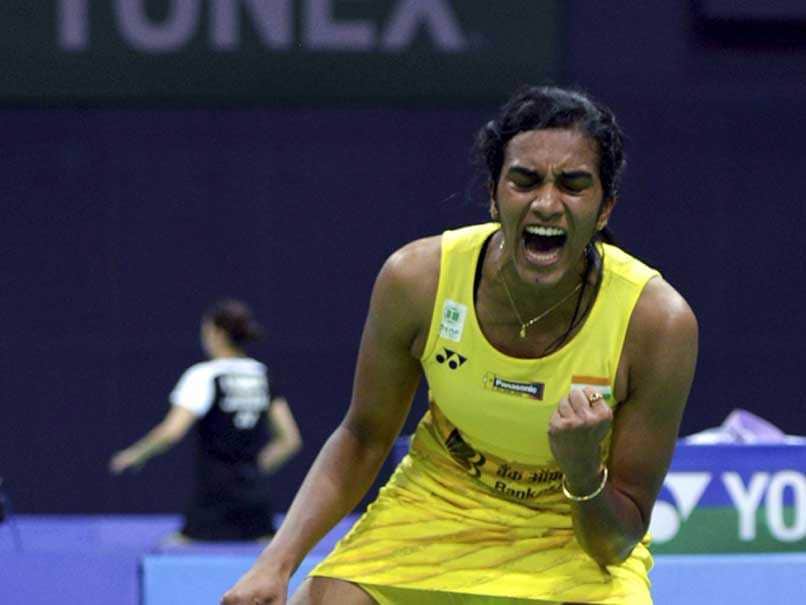 PV Sindhu will be gunning for gold at the 2018 Commonwealth Games.© AFP

PV Sindhu will lead Indian badminton's charge in the quest for glory at the upcoming 2018 Commonwealth Games in Gold Coast, Australia, from April 4. The Indian badminton star and World No.3 had to settle for bronze at the 2014 Glasgow Commonwealth Games. Sindhu, who was the number two seed in the tournament, tasted defeat at the hands of Canada's Michelle Li, who went on to win gold. Sindhu without doubt will be the favourite for the gold this time around along with compatriot Saina Nehwal. Sindhu is coming at the back of some strong showing at the 2018 All England Championships.

Sindhu beat one of her fiercest rivals in Nozomi Okuhara to reach the semi-finals at All England. However, she lost her last-four match to Okuhara's compatriot and World No.2 Akane Yamaguchi in an epic match lasting an hour and 19 minutes.

Sindhu had seemed to have done the hard work and was in the driver's seat in the third and final game of the semi-final but lost her concentration and nerves at the crucial juncture to be denied a place in the final.

With Japan and China not part of the Commonwealth, Sindhu should have little problem in her bid to win a medal in Gold Coast. And depending on the draw, Sindhu's stiffest test could be against compatriot Saina.

Other than Saina, two players that could cause Sindhu a few problems would be last edition's gold medallist Michelle Li and Scotland's Kirsty Gilmour, who had won the silver in Glasgow.

The Indian team have been handed a favourable draw after being put in Group A along with Pakistan, Sri Lanka and Scotland.

After the winners in the mixed team event are decided by April 9, all players will move onto their respective individual events from April 10 and try to make their mark on the podium on April 14 and 15.

Comments
Topics mentioned in this article
PV Sindhu Commonwealth Games 2018 Badminton
Get the latest updates on Olympics 2020, Olympics 2020 Medal Tally, Live Cricket Score . Like us on Facebook or follow us on Twitter for more sports updates. You can also download the NDTV Cricket app for Android or iOS.