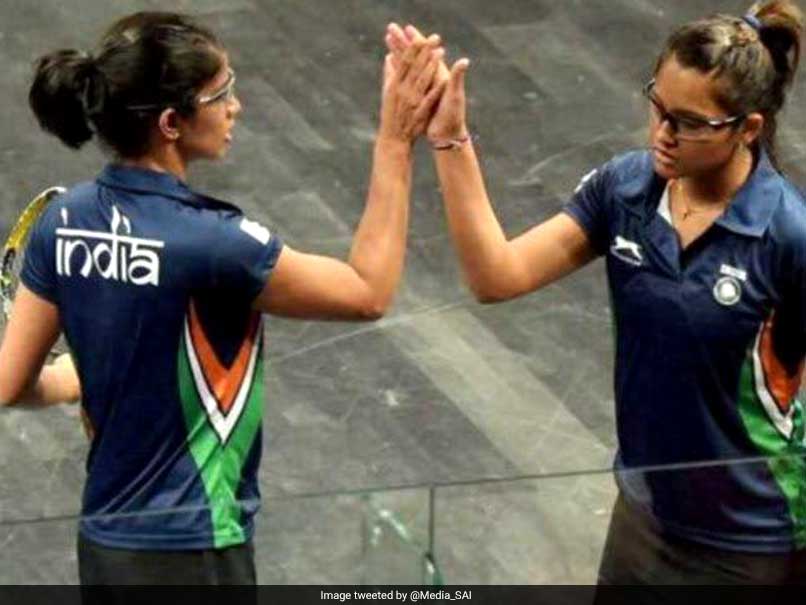 Joshna and Dipika failed to match the intensity of their opponents in the summit clash.© Twitter

Defending champions Dipika Pallikal and Joshna Chinappa settled for the silver in women's doubles squash at the 21st Commonwealth Games, after losing to New Zealand's Joelle King and Amanda Landers-Murphy on Sunday. The Indian duo lost 0-2 (9-11, 8-11) to the Kiwis in the pulsating 22-minute summit clash at the Oxenford Studios. Joshna and Dipika, who lifted the gold in Glasgow, failed to match the intensity of their opponents in Sunday's summit clash. After comfortably pocketing the opening game, the New Zealanders continued to dominate in the second as the Indian pair struggled to get back and eventually finish on the losing side.

In the semi-finals on Saturday, Dipika and Joshna outplayed England's Laura Massaro and Sarah-Jane Perry in straight games 2-0 (11-10, 11-5).

Comments
Topics mentioned in this article
Squash CWG 2018 India
Get the latest updates on ICC Women's Cricket World Cup 2022 and IPL 2022, check out the Schedule , Live Score and IPL Points Table. Like us on Facebook or follow us on Twitter for more sports updates. You can also download the NDTV Cricket app for Android or iOS.