Dipika Pallikal said shocking decisions were made during the final. 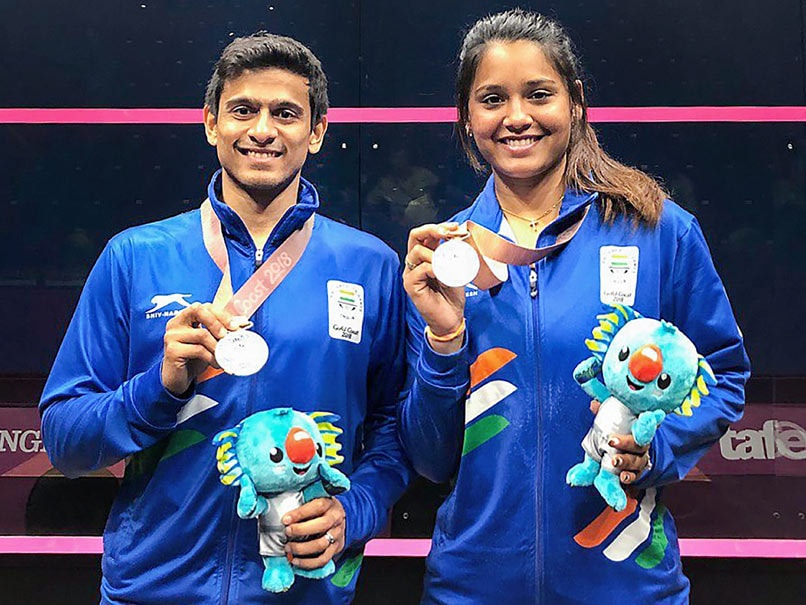 Dipika Pallikal on Saturday questioned the "shocking decisions" taken by the referees in the Squash mixed doubles final event at the 21st Commonwealth Games on Saturday. The Indians lost to Australia's Donna Urquhart and Cameron Pilley 8-11, 10-11 in a closely-contested match. The Indians, who won silver, returned with the first ever mixed doubles medal for India at the Games. The crowd was supporting the locals and Dipika feels the quality of refereeing too did not help their cause. "Shocking decisions were made during the final. I felt it could have changed whole scenario of the match if those decisions were fair. But that's sport," Dipika told PTI.

"I think we can be proud of what we (Saurav and I) have achieved this week. Obviously disappointed to lose out on the gold we can be proud of the way we played. There are some days when you have to just hold your head high and say we tried our best but it wasn't to be," she added.

Refereeing in squash has always been a debatable subject and what transpired at Oxenford Studios in Gold Coast can provide more food for thought for the game's custodians.

Five-time World Champion Sarah Fitz-Gerald, who was commentating on the final, felt the refereeing was fine but the officials should have used more technology.

"I can understand Dipika is upset but refereeing was not a major issue for me. The issue was not using the technology enough to check whether the ball double-bounced or hit the tin, basically to correct close calls.

"It was used in the singles but they did not use it much for the doubles. I would say referees had to be hard in their approach otherwise it would have led to umpteen let points making the sport uninteresting," Sarah said.

It was a memorable campaign nonetheless for Dipika and Ghosal, who also happens to be her brother-in-law. The fifth seeds stunned top seeds Joelle King and Paul Coll of New Zealand to make the final.

Dipika can add a second gold to her kitty if she and Joshna Chinappa defend their women's doubles title tomorrow.

Comments
Topics mentioned in this article
Squash CWG 2018 India
Get the latest updates on IPL Auction 2023 and check out  IPL 2023 and Live Cricket Score. Like us on Facebook or follow us on Twitter for more sports updates. You can also download the NDTV Cricket app for Android or iOS.