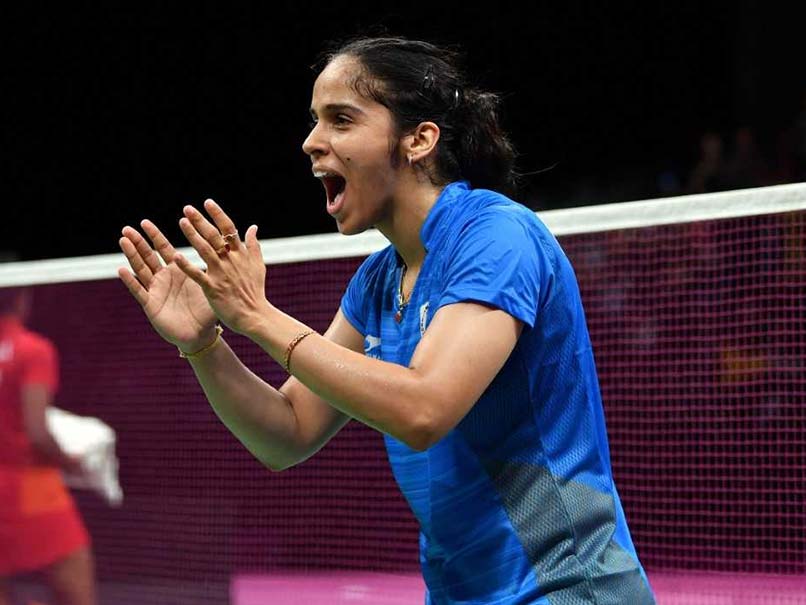 Indian shuttler Saina Nehwal on Sunday said she places her singles Commonwealth Games 2018 gold right up there with the trail-blazing Olympic bronze of 2012. "I really term it as next to my Olympic medal and my world No.1 ranking. So I would keep it somewhere there. It's a gift to my father and my mother, my country. It's a very emotional moment for me after the disappointing loss in Rio due to injury," second seed Saina said after a straight-game but draining victory over top seed and compatriot PV Sindhu in the final in Gold Coast. Saina played all the matches in the mixed team championship before competing in the individual event. Asked how her legs were holding up after the continuous competition, Saina quipped: "They are dead."

Saina had a 3-1 head-to-head lead over Sindhu going into Sunday's match and she ensured that the gap widened with a vintage performance.

"It was a neck to neck game for me, it was even tougher because I have been playing for the last 10-12 days. She is tall, she has longer legs and covers the court better than me, I have to run here and there," Saina said of her rival and teammate.

"I lost five kgs in the last few months, that helps you move faster," she added.

It was a perfect end to what was an imperfect start when her accredited father did not gain access to the Games village. She threatened to pull out if he wasn't accommodated, which he eventually was, but she drew criticism for her stand. Then there were the niggles, which got aggravated during the team competition.

"The shin problem happened in the team event and I am playing with that," she revealed when asked about the bandage she was sporting even though it hardly impacted her execution of shots.

"It is not much of a problem, just two-three days of recovery is required. My match against Kirsty Gilmour went on for a long while and probably I aggravated the problem a bit," she said.

Asked if playing against Sindhu in a big final like on Sunday was more of a mental battle than anything else, Saina kept it simple.

"You just have to play your game, it's a healthy rivalry, people enjoy it, no doubt we are under tremendous pressure.

But I am happy to be pulling these off. It's not easy to play against someone who is ranked No.3 in the world now," she said.

"It's a challenging match for me. I would like to thank Gopi sir for pushing me in the last three-four months and

Christopher, my physio, who is working hard on my body. I was facing a lot of injuries on my shin, ankle and he came up and gave me a very good rehab program which is helping my leg strength," she said.

Even though she claimed the gold with a brilliant performance, Sainasaid she was not in a particularly good shape.

"... the rallies were going long, she was picking up all the shots well. I am happy that I could pull off the bigger rallies. I have never played two weeks back-to-back so definitely it is one of my most exhausting campaigns," she said.

It was yet another final loss for Sindhu, who is now being criticised for not being able to pull off high-pressure games.

However, Saina defended her teammate.

"It happens in tough situations, it has happened with me as well. You can't write like that about any player. Today, I fought well. I didn't attack much because my stamina was finishing. I just wanted to finish off rallies. She was doing very well in rallies too," she said.

Comments
Topics mentioned in this article
Saina Nehwal PV Sindhu CWG 2018 Badminton
Get the latest updates on IPL Auction 2023 and check out  IPL 2023 and Live Cricket Score. Like us on Facebook or follow us on Twitter for more sports updates. You can also download the NDTV Cricket app for Android or iOS.