PV Sindhu had few answers to Akane Yamaguchi's attack and was sent packing in straight games from the quarter-finals of the Japan Open tournament. 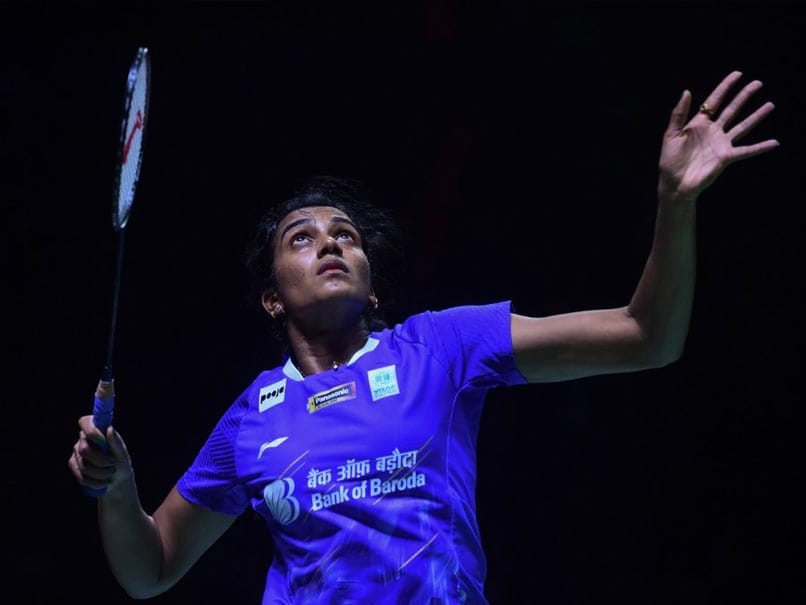 PV Sindhu failed to end her 2019 title drought at the Japan Open.© AFP

India's biggest badminton hope PV Sindhu crashed out of the Japan Open tournament after suffering a defeat in the quarterfinals on Friday. PV Sindhu suffered a 18-21, 15-21 loss at the hands of Japan's Akane Yamaguchi. Yamaguchi, who defended brilliantly throughout the match, was better than Sindhu in every department. Earlier, Sindhu had reached the quarterfinals after beating unseeded Japanese Aya Ohori 11-21, 21-10, 21-13. Sindhu had recently lost to Yamaguchi 15-21, 16-21 In Indonesia Open final.

However, in men's singles, Sai Praneeth recorded an easy win over Indonesia's Tommy Sugiarto to reach the semifinals. His 21-12 21-15 win over Sugiarto fetched him a clash against top seeded Japanese Kento Momota in the semifinals.

Sindhu was leading 12-7 in the first game but she squandered the advantage as her reigning Asian champion opponent clawed her way back to level the scores at 14-14. From there on, Sindhu lost momentum allowing Yamaguchi to surge ahead to 18-15 and then to 20-16.

Sindhu won two consecutive points to narrow the gap to 18-20 but could not stop her opponent from bagging the next point and the first game.

In the second game, both were locked 6-6 initially but from there on, it was Yamaguchi all the way as she raced to 13-7 and then to 16-10. Sindhu recovered a bit by winning two consecutive points but in no time, the Japanese had five match points and she wrapped up the tie without much hassle.

Sai Praneeth, in contrast, hardly broke a sweat as he just took 36 minutes to clinch up the match. The unseeded Indian led almost all through the first game leaving the former world championships bronze-medallist Indonesian to play the catch-up game.

The second game was a bit closer but Sai Praneeth kept the lead from the start. Not more than four points separated the two for most part but the Indian reeled off three consecutive points from 18-15 to win the match.