Sai Praneeth defeated World No.10 Kento Nishimoto from Japan in straight games in a match which lasted for 42 minutes. 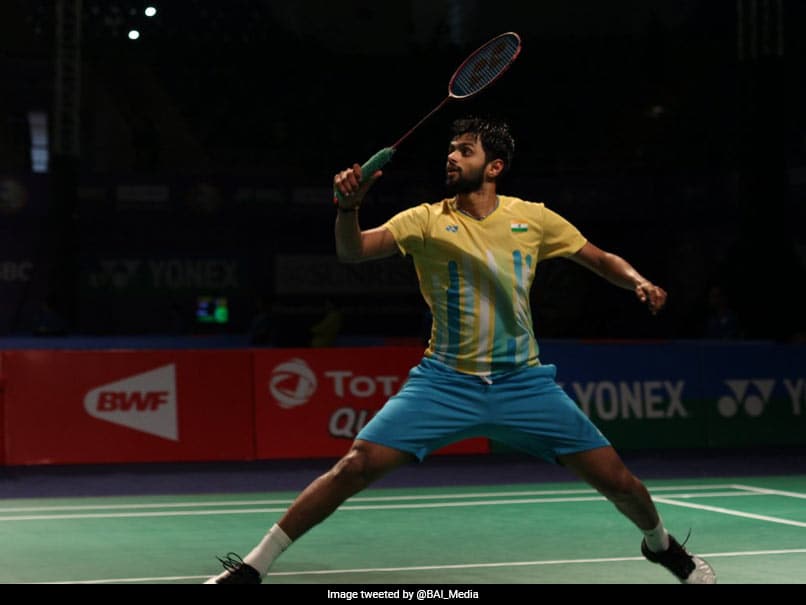 Sai Praneeth made a thrilling start to his Japan Open 2019 campaign.© Twitter

Indian badminton player B. Sai Praneeth started off his Japan Open 2019 campaign on a winning note as he registered a comprehensive straight-games victory over Japan's Kento Nishimoto in the opening round of the $750,000 tournament in Tokyo on Tuesday. Praneeth, who didn't have as great a run in the recently-concluded Indonesia Open losing to Hong Kong's Wong Wing Ki Vincent, defeated Nishimoto 21-17, 21-13 in the first-round contest that lasted just for 42 minutes. Praneeth had pulled out of the last edition of this tournament and he came out with a confident performance this time around.

In the mixed doubles pair of Ashwini Ponappa and Satwiksairaj Rankireddy also advanced to the second round with an easy win over Germany's Linda Efler and Marvin Seidel. The Indian pair defeated the duo of Efler-Seidel 21-14, 21-19 in 33 minutes.

However, there was disappointment in the men's doubles event as India's Attri Manu and Reddy B. Sumeeth lost to the Malaysian pair of Goh Sze Fei and Nur Izzuddin 12-21, 16-21 in a match when was played for less than an hour.

Sameer Verma will also compete with Denmark's Anders Antonsen in his opening round clash.

Comments
Topics mentioned in this article
B. Sai Praneeth Saina Nehwal Kidambi Srikanth Badminton
Get the latest updates on IPL 2021, IPL Points Table , IPL Schedule 2021 , live score . Like us on Facebook or follow us on Twitter for more sports updates. You can also download the NDTV Cricket app for Android or iOS.