The giant-killing HS Prannoy is currently ranked 26 in the world. 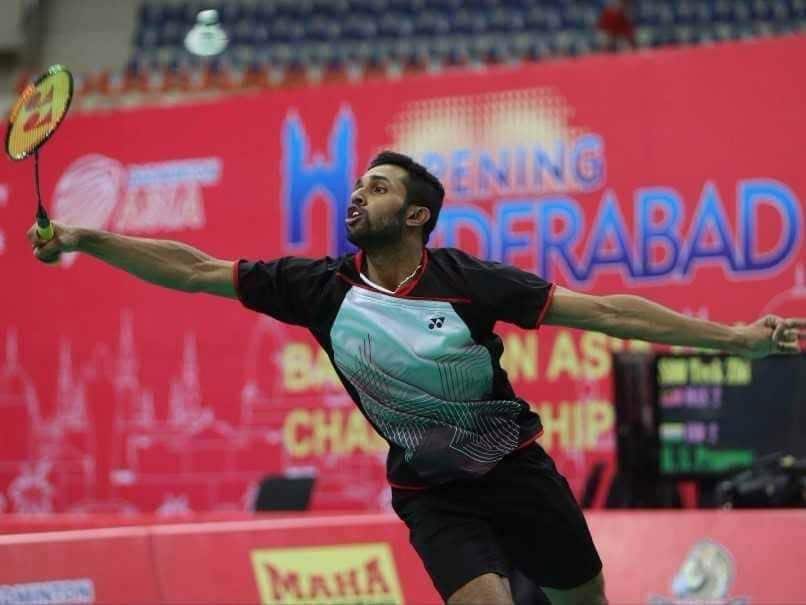 H.S. Prannoy hogged all the limelight after he stunned Tommy Sugiarto in straight games to sail into the men's singles quarter finals of the New Zealand Open badminton tournament on Thursday. The unseeded Prannoy shocked second seed Sugiarto 21-14, 21-12 in 37 minutes to book his place in the last-eight round. He will take on fifth seed Kanta Tsuneyama of Japan in the quarters. B Sai Praneeth, however, was blown away by star shuttler Lin Dan of China 12-21, 12-21. Seventh seed Lin Dan moved to the quarters where he will be up against top seed Anthony Sinisuka Ginting of Indonesia.

For Prannoy, this was his maiden meeting against world no. 13 Sugiarto.

Once Prannoy seized the initiative and took a 7-3 lead, there was no looking back as he extended it to 11-4.

The Indian did well to close out the game at 21-14, and in the second game too braved a Sugiarto onslaught where he took the initial lead at 4-2, but Prannoy came back strongly to not only level the scores but nose ahead with four consecutive winners to take a 8-4 lead.

After taking the lead, Prannoy showed composure to seal the contest in his favour.

On Wednesday, young Chinese shuttler Wang Zhiyi caused a major upset as the 19-year-old outclassed World no. 9 Saina Nehwal in a first round match.

Comments
Topics mentioned in this article
HS Prannoy B. Sai Praneeth Badminton
Get the latest updates on Olympics 2020, Olympics 2020 Medal Tally, Live Cricket Score . Like us on Facebook or follow us on Twitter for more sports updates. You can also download the NDTV Cricket app for Android or iOS.