The 19-year-old Wang Zhiyi outclassed World no. 9 Saina Nehwal in a first-round match in Auckland on Wednesday. 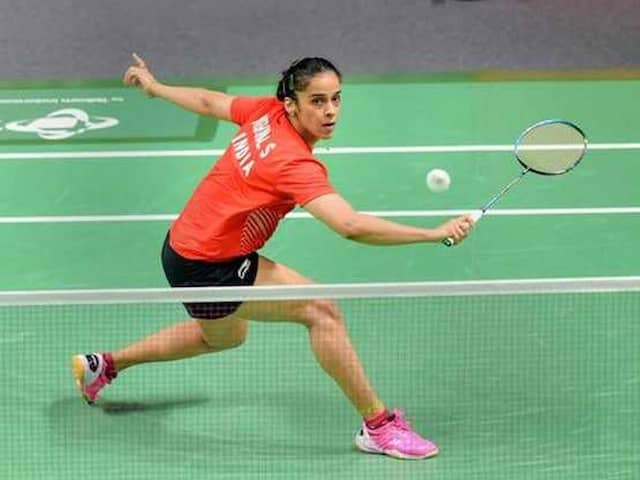 Young Chinese shuttler Wang Zhiyi caused a major upset in the ongoing New Zealand Open as the 19-year-old outclassed World no. 9 Saina Nehwal in a first-round match in Auckland on Wednesday. Saina lost 16-21, 23-21, 4-21 to world No.212 Zhiyi in an hour and seven minutes to bow out of the competition early after which the Indian challenge in the women's singles category also ended. Before Saina, another Indian Anura Prabhudesai also went down 9-21, 10-21 to 2012 Olympic gold medallist Li Xuerui of China. In the men's singles, Lakshya Sen also crashed out of the tournament after a hard-fought 21-15, 18-21, 10-21 loss against Taiwan's Wang Tzu Wei in the 68-minute affair.

Earlier in the day, the Indian pair of Ashwini Ponnappa and N Sikki Reddy also lost their women's doubles match against the Chinese pair of Liu Xuanxuan-Xia Yuting 14-21, 23-21, 14-21.

However, there was some good news from the men's double category as the Indian pair of Manu Attri and B Sumeeth Reddy thrashed New Zealand's Joshua Feng-Jack Jiang 21-17, 21-10 in just 18 minutes.

Also, experienced shuttler HS Prannoy had an easy outing against Indonesia's Loh Kean Yew as the Indian defeated his opponent 21-15, 21-14 in 37 minutes. Prannoy will now be up against second seed Tommy Sugiarto in the next round.

Meanwhile, Sai Praneeth also got the better of compatriot Shubhankar Dey 21-17, 19-21, 21-15 in the one hour and 11 minutes contest. He will now take on two-time Olympic champion Lin Dan of China in the second round.