India's ace badminton player was not impressed by the way in which the Badminton Association of India treated doubles players. 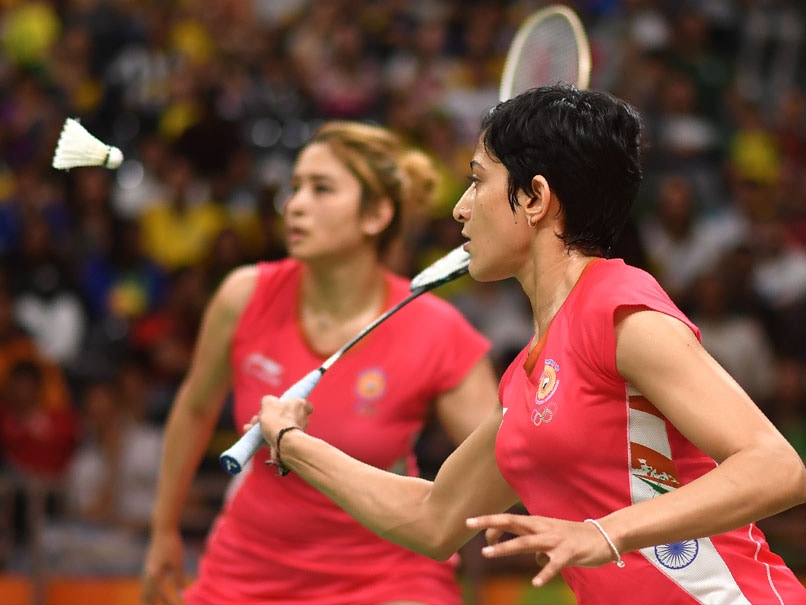 Ponnappa said that there was no motivation for the youngsters to choose a career in the format.© AFP

Disappointed with the way doubles players are treated in the country, India top badminton doubles player Ashwini Ponnappa said on Wednesday that there was no motivation for the youngsters to choose a career in the format. "India is a country which does not focus on doubles. Singles players are doing really well in our country but in doubles it's different, the encouragement is different," said Ponnappa, who had won a bronze at 2011 World Championship women's doubles alongside Jwala Gutta.

"You are working against the system where even if you do really well your performance is not highlighted, you don't get as many sponsors as a singles player and if that's the case, what's the motivation for youngsters to pick up doubles?" she asked.

Ponnappa along with some other doubles players had earlier criticised the Badminton Association of India for rewarding the Junior Nationals singles title winners with cars while neglecting the doubles winners.

"In India singles is where the limelight is, where everything is and doubles is like another event, your last resort -- if things don't work out in singles you move to doubles." she said, speaking at the announcement of the new ownership of Delhi's franchise at the Pro Badminton League.

The 2010 Commonwealth Games gold medal winner said in other countries, unlike India, players are encouraged to take up doubles not as a last resort but as the first choice.

"It's not like this in other countries, you are motivated to take up doubles and do very well in it. If you are a doubles winner you are given as much importance as a singles player," she said.

The 27-year-old from Bengaluru said doubles is not popular in India also because of lack icons who have won titles previously and those who are doing well in recent times are not getting recognition.

"Jwala Gutta and Valiyaveetil Diju have done very well, they were the first pair to reach super series finals, but no one talked about that.

"The mindset of the people, media and our association together has to change to give doubles a boost," she said.

Comments
Topics mentioned in this article
Ashwini Ponnappa Badminton
Get the latest updates on Olympics 2020, Olympics 2020 Medal Tally, Live Cricket Score . Like us on Facebook or follow us on Twitter for more sports updates. You can also download the NDTV Cricket app for Android or iOS.