HS Prannoy though crashed out of the men's singles event after going down to Rasmus Gemke of Denmark 9-21 15-21 in the second round. 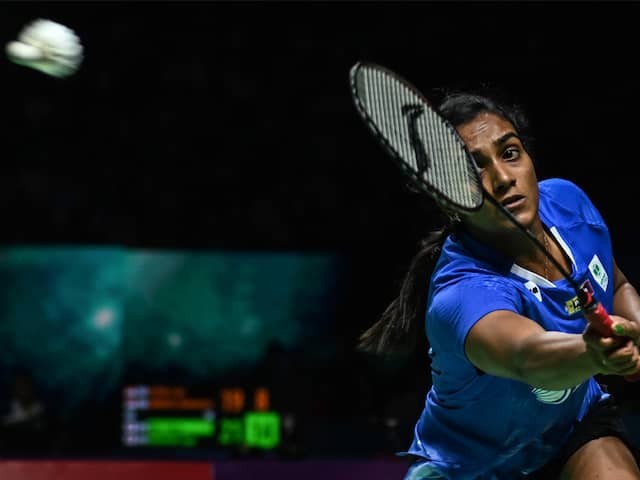 Olympic silver medallist PV Sindhu and B Sai Praneeth moved into the quarterfinals of Japan Open  badminton tournament after registering contrasting wins but it was curtains for HS Prannoy in Tokyo on Thursday. While fifth seed Sindhu had to toil hard in an hour-long battle to get the better of unseeded Japanese Aya Ohori 11-21 21-10 21-13 in a second round women's singles match, Praneeth sailed past another local shuttler, Kanta Tsuneyama, 21-13 21-16 in a men's singles encounter that lasted 45 minutes. Prannoy, who knocked out compatriot Kidambi Srikanth in the opening round, though crashed out of the men's singles event after going down to Rasmus Gemke of Denmark 9-21 15-21 in the second round.

Her latest result at the BWF World Tour Super 750 tournament extended Sindhu's head-to-head record to 8-0 over Ohori. Sindhu will next face the winner of the match between China's Chen Xiao Xin and fourth seeded Japanese Akane Yamaguchi, to whom she lost in the final of the Indonesia Open last week.

Sai Praneeth will face Indonesia's Tommy Sugiarto in the men's singles last-eight round.

It was good news for India in the men's doubles event as the pair of Satwiksairaj Rankireddy and Chirag Shetty made it to the quarterfinals after emerging victorious in a tough three-game second round affair in 53 minutes. The Indian pair came from a game down to quell the challenge of China's Kai Xiang Huang and Cheng Liu 15-21 21-11 21-19 and set up a quarterfinal clash with second seeded local combination of Takeshi Kamura and Keigo Sonoda.

It was curtains for India in the mixed doubles event as the pair of Satwiksairaj Rankireddy and Ashwini Ponnappa lost 16-21 17-21 to fourth seeds Dechapol Puavaranukkroh and Sapsiree Taerattanachai of Thailand in the second round.

In the match between Sindhu and Ohori, the Rio Olympics silver medallist Indian shuttler was slow to get off the blocks as the local girl came out on top in the early exchanges to race to a 5-1 and then 11-5 lead at the break. Sindhu took it easy in the first game and it worked in Ohori's favour as the Indian committed a lot of unforced errors.

An error-prone Sindhu never looked in the contest initially as she kept hitting the net or the shuttle landed outside the court, enabling Ohori to pocket the first game comfortably. In the second game too, Sindhu struggled initially before finding her bearings. Trailing 0-2, the Indian made a great comeback to draw level and then took the lead for the first time in the contest.

Once she managed to take a 3-2 lead, there was no looking back for Sindhu as she kept on extending her domination to grab the second game, roaring back into the contest in style. Sindhu continued in the same vein in the decider and surged ahead 3-1 and then 8-4 before Ohori clinched four straight points to level the scores at 8 apiece. But Sindhu lifted her game and won six consecutive points to take a 14-8 lead.

World No. 23 Praneeth, on the other hand, had a relatively easy outing against higher-ranked Tsuneyama (17th). There was hardly anything to differentiate the two shuttlers as they fought hard for the first 13 points before Praneeth took the game away from his opponent with superior on-court display. Praneeth carried on the confidence in the next game and raced to a 4-0 lead before the Japanese mounted a fightback to level the scores.

Thereafter, it was a dog fight between the two shuttlers till 16 points before Tsuneyama lost his concentration and Praneeth took full advantage of the opportunity, pocketing five straight points to seal it in his favour.

Comments
Topics mentioned in this article
PV Sindhu B. Sai Praneeth Badminton
Get the latest Cricket news, check out the India cricket schedule, Cricket live score . Like us on Facebook or follow us on Twitter for more sports updates. You can also download the NDTV Cricket app for Android or iOS.