Kidambi Srikanth's bad run in 2019 continued as he was knocked out in the first round of the Japan Open after losing to H.S. Prannoy on Wednesday. 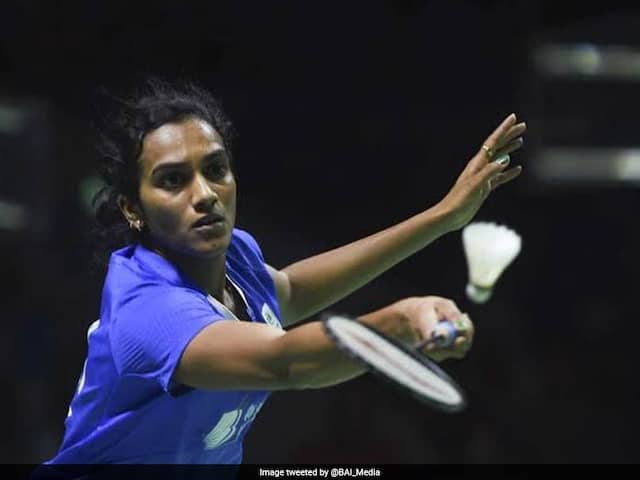 PV Sindhu advanced to the second round of the Japan Open 2019.© Twitter

PV Sindhu defeated Yue Han 21-9, 21-17 on Wednesday to start her campaign on a winning note in the ongoing Japan Open 2019. Sindhu ended the match in 37 minutes in straight games and advanced to the second round of the tournament. Sindhu was trailing in the second game at mid-break 11-7 but she came back strongly to overcome the deficit and register an easy win. Earlier in the day, Kidambi Srikanth was knocked out of the Japan Open after suffering a stunning defeat to compatriot HS Prannoy in the opening round of thetournament on Wednesday. Prannoy defeated Srikanth 13-21, 21-11, 22-20 in a match that lasted for an hour.

Eighth seed Srikanth was able to clinch the first game comprehensively 21-13. However, Prannoy came out with a stunning fightback in the next two games to clinch the match and progress to the next round of the competition.

Before Wednesday's match, the duo had faced each other five times in the past, with Srikanth emerging victorious on four occasions.

In the Indonesia Open as well, Srikanth was not able to go far as he suffered a 17-21, 19-21 loss to NG Ka Long Angus of Hong Kong in a 39-minute second round contest.

Meanwhile, in the mixed doubles event, the Indian pair of Pranaav Jerry Chopra and Reddy N. Sikki also crashed out of the tournament after losing their opening match 11-21, 14-21 to Chinese pair of Zhend Si Wei and Huang Ya Qiaong in less than 30 minutes.

Later in the day, Sameer Verma and P.V. Sindhu will be beginning their campaign. Verma will face Denmark's Anders Antonsen while Sindhu will compete against China's Yue Han.

Comments
Topics mentioned in this article
Kidambi Srikanth HS Prannoy Badminton
Get the latest Cricket news, check out the India cricket schedule, Cricket live score . Like us on Facebook or follow us on Twitter for more sports updates. You can also download the NDTV Cricket app for Android or iOS.